Earlier this month, the Supreme Court ruled that tobacco products would continue to carry pictorial warning covering 85 per cent of the packaging space. 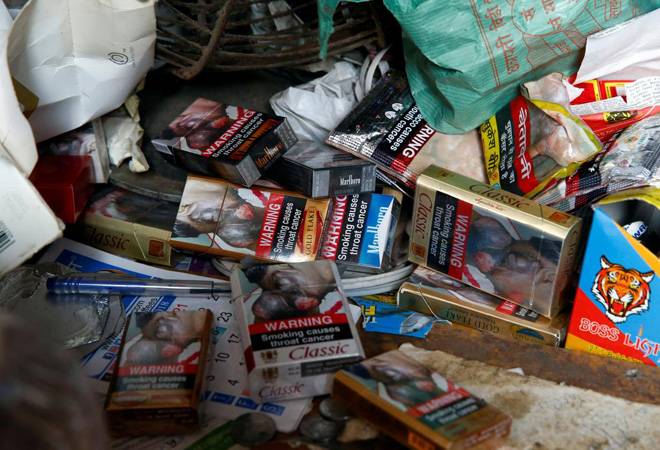 The government on Monday released two new sets of images of specified health warnings for all cigarettes and tobacco product packs. In the new pictorial warnings, the Ministry of Health and Family Welfare has come out with 'Quit Today' tagline with helpline number 1800-11-2356 printed at the bottom of the images.

It further said that any person engaged directly or indirectly in the production, supply, import or distribution of cigarettes or any tobacco products shall ensure that all tobacco product packages shall have the specified health warnings exactly as prescribed.

"Violation of the above mentioned provision is a punishable offence with imprisonment or fine as prescribed in Section 20 of the Cigarettes and Other Tobacco Products (Prohibition of Advertisement and Regulation of Trade and Commerce, Production, Supply and Distribution) Act, 2003"," the Ministry said.

However, a bench comprising Chief Justice Dipak Misra and Justice A M Khanwilkar said: "Keeping in view the objects and reasons of the Cigarettes and Other Tobacco Products (Prohibition of Advertisement and Regulation of Trade and Commerce, Production, Supply and Distribution) Act, 2003 and the measures taken by the state, we think it appropriate to direct stay of operation of the judgement and order passed by the High Court of Karnataka."

The bench was unimpressed with the submissions of the Tobacco Institute of India that the interim stay would harm the fundamental right to do business of tobacco manufacturers. Attorney General K K Venugopal, appearing for the Centre, had said that the high court judgement needed to be stayed and 85 per cent pictorial warning on packaging space of tobacco products be allowed to remain as a large section of the population is not educated.

Last year in December, the High Court had struck down the 2014 amendment rules that mandated pictorial health warnings to cover 85 per cent of packaging space of tobacco products, holding that they were unconstitutional as they violated fundamental rights like the right to equality and the right to trade.