Speaking at the induction of five Rafale aircraft into the Indian Air Force, she said India and France are writing a new chapter in defence ties 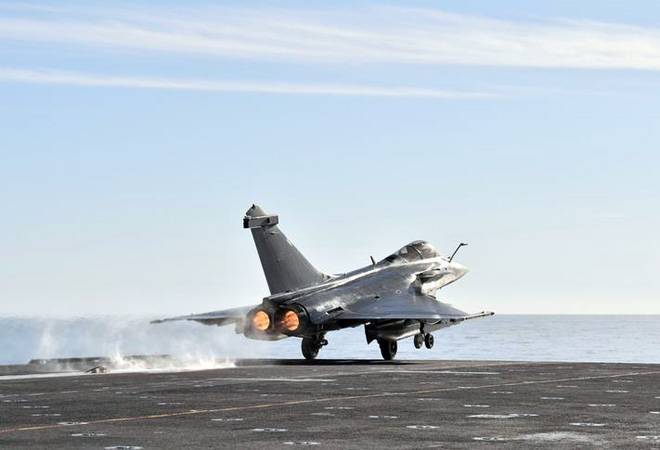 French Defence minister Florence Parly on Thursday said India will have an edge over the entire region in defending its people with the induction of Rafale fighter jets. Speaking at the induction of five Rafale aircraft into the Indian Air Force, she said India and France are writing a new chapter in defence ties.

She said the programme to deliver the 36 aircraft to India meant a lot. In military terms, it means that India will acquire a world class capability, truly among the best in the world that would give your air force an incredible sovereign tool, she said. In strategic terms, it means India will have an edge over the entire region to defend itself and protect its people, Parly added. Five Rafale fighter jets were formally inducted into the Indian Air Force at a ceremony at the Ambala airbase.

Parly said 'Rafale' literally means a gust of wind or a burst of fire. Both meanings express an incredible strength, she said, adding, It is also a symbol of the strong ties between two countries. She expressed French support for Delhi's Make in India plan. We are fully committed to the Make in India initiative as well as to the further integration of Indian manufactures into our global supply chains, she said.

She added that Make in India has been a reality for the French industry for several years, particularly for defence equipment like submarines. Many French companies and design offices are now established in India and now I hope that others will come to offer their support and services, she said.

The first batch of five Rafale jets arrived in India on July 29, nearly four years after India signed an inter-governmental agreement with France to procure 36 of them at a cost of Rs 59,000 crore. The Rafale jets, produced by French aerospace major Dassault Aviation, are known for air superiority and precision strikes.