Former RBI Governor is known for his frank views on various economic and monetary policy matters and is credited with having predicted the global financial crisis of 2007. 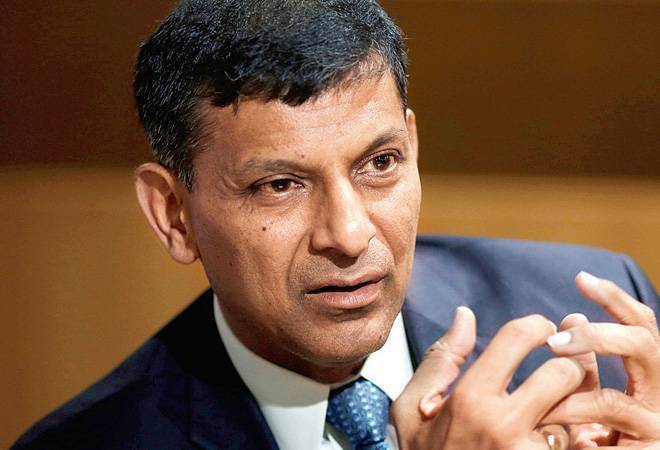 India, by and large, has pinned hopes on Finance Minister Arun Jaitley to deliver a make-happy Budget next week - general elections, after all, are just a year away. In a recent note, Morgan Stanley said that India's fiscal deficit may widen further to 3.5 per cent of the gross domestic product in FY19 - against the target of 3.2% set by the government - since the government may go for fiscal easing and increase its spending in the run up to the 2019 general election.

But that's exactly what former Reserve Bank of India (RBI) governor Raghuram Rajan cautions against. "I hope India sticks to macro stability and does not blow up the fiscal deficit to an extent that the country starts looking unreliable," Rajan told ET Now in an interview.

Speaking at a session on the power of economic narratives at the WEF summit in Davos, Rajan pointed out that the Western world needs to realise that they cannot go a long way without the help of the emerging economies and warned that no one would be able to resolve any problem of a 'fractured world' if things are not set right soon. Without naming any country, he said the West must realise that their population is ageing and the demand for their products would mostly come from the emerging world, adding that there is a risk that by the time the West approaches the latter, they may have to answer quite a few questions about why they did not share the benefits earlier.

Rajan was speaking at a session on the power of economic narratives and how policymakers can address the challenges of the 21st century.

He said some governments such as Singapore have done something to address the problems arising out of income inequality and the divisions in the society by setting up housing projects where middle class and lower middle class families can live together.

Rajan said he's not sure about the US but some countries are doing things in this area and certainly the governments can play a role here.

The Chicago University professor is known for his frank views on various economic and monetary policy matters and is credited with having predicted the global financial crisis of 2007.

Rajan also took on the economists who frown upon the idea of economic narratives and said it has become difficult to make people believe in them for setting things right.

"When the economist hears the word narratives and stories he thinks it's below me. They believe they are beyond the tradition of narratives," he said.

Post World War II, we realised we have to come together once again and we need to break barriers of trade and everything else, he said.

Asked whether he is optimistic or pessimistic on the issue of narratives, Rajan said politicians just pick the economic theory that fits in their scheme of things but he hopes things do not go out of hand and there is a solution before that.

He also said that for a long time technocrats were given a free hand.

"That pushed growth for a long time but then frictions began including between right and the left," Rajan said, adding that since the global financial crisis, the world has begun to question the technocrats.

He cautioned that the economists have a much harder task on Tuesday and there are a lot of answers that they need to come up with.

"But the even harder task is to convince people that believe us and we will set things right," he said.

Rajan said we should realise that big ideas are always thought at least 15-20 years in advance.

"So if we talk about universal basic income, we can't brush it aside and today we are seeing people are talking about it," he said while giving examples.

In another example, he said driverless cars are on the horizon on Tuesday but we should also assess their impact on jobs.

"We need to think what we are going to do when these people go jobless once driverless cars become widespread reality on our roads," he said.