"RBI wants the strongest growth for India that is possible. We're talking of years of sustainable growth for which you need to fight inflation," RBI Governor added. 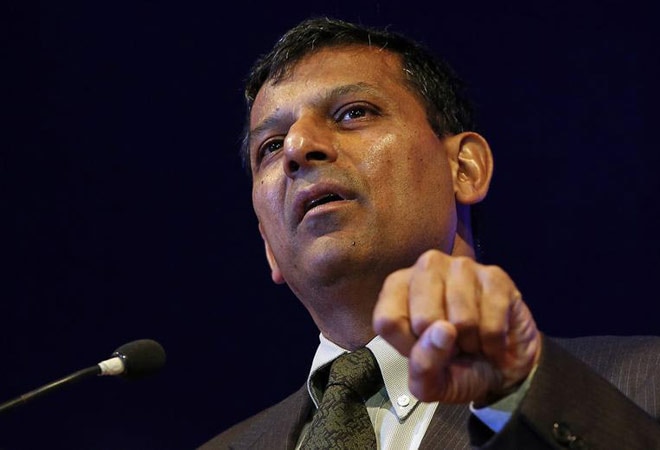 Strongly refuting the charge of being against growth, Reserve Bank of India (RBI) Governor Raghuram Rajan said on Tuesday the way to sustainable growth was through moderating inflation.

"RBI wants the strongest growth for India that is possible. We're talking of years of sustainable growth for which you need to fight inflation," he added.

In line with expectations, the RBI on Tuesday decided to keep key interest rates unchanged. The apex bank kept the repo rate, or the interest that banks pay when they borrow money from the RBI to meet their short-term fund requirements, unchanged at 8 per cent.

Rajan said a change in the monetary policy at the current juncture is premature.

"There is still some uncertainty about the evolution of base effects in inflation, the strength of the on-going disinflationary impulses, the pace of change of the public's inflationary expectations, as well as the success of the government's efforts to hit deficit targets, the governor said.

When asked about a missed opportunity for a rate cut, Rajan said if the RBI were to cut rates now it would risk inflation down the line and the associated loss of credibility.

"We should be confident before we do it, or else you will have the same problem of high inflation again and again," he said.

Country's annual wholesale inflation rate dropped to its lowest level in five years to 1.77 per cent in October from 2.38 per cent in the previous month and 7.24 per cent for the like month of the previous year, official data showed on Friday.

What may have helped Rajan ward off pressure for a rate cut is that the country's factory output grew at 2.5 per cent in September showing that the slowdown in economic growth was not as bad as earlier feared.

American brokerage Morgan Stanley expects CPI inflation to dip to around 4.5 per cent in November 2014 before edging up to around 6.4 per cent in the first quarter of 2015 with the receding of the favourable base effect.

Analysts say the RBI governor remains wary of factors outside his control like volatile oil prices that has seen international crude oil prices slumping below $70 a barrel.

Rajan, who has said he will not hold rates for longer than needed, has hiked rates thrice in his 15-month tenure citing inflation as a major concern.

Stop the 5 innovation killers in your company