"The government is concerned about migrants. The union government has definitely worked together with the state government  to provide them train facilities," finance minister said 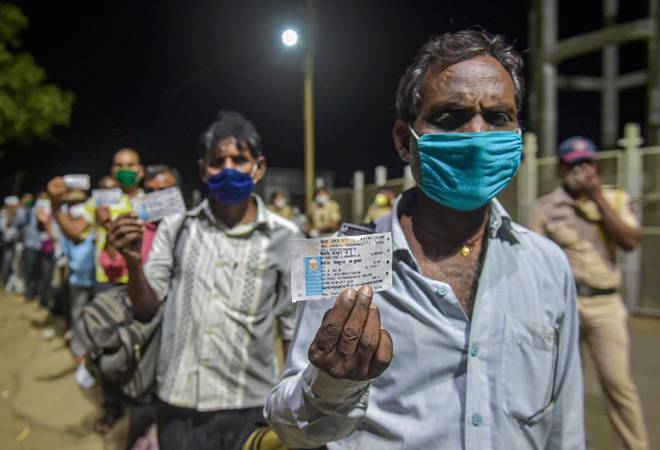 The central government is working closely with the states for arrangements of migrant workers' travel through special trains, said Finance Minister Nirmala Sitharaman. The Indian Railways has already run 806 Shramik Specials, in which 10 lakh migrants have reached their respective destinations, Sitharaman added. "The government is concerned about migrants. The union government has definitely worked together with the state government  to provide them train facilities," finance minister said while sharing details of the second phase of the economic stimulus package worth Rs 20 lakh crore.

According to the fare-sharing formula, the central government will bear 85 per cent of the train fare of migrant workers and the rest will be paid by the states. The state has to place a request in front of the central government for the trains and accept the fare-sharing formula. Nirmala Sitharaman also said that Uttar Pradesh (UP) has accepted 386, while Bihar and Madhya Pradesh have accepted 204 and 67 trains, respectively. The number stands at 44 for Jharkhand, 18 for Rajasthan, 7 for Chhattisgarh and 7 for West Bengal, she said. More such requests are being sent from the states and the central government is working on them, Sitharaman added.

A controversy had erupted recently over migrants stranded in the lockdown being asked to pay for being taken home. Lav Agarwal, joint secretary in the health ministry, had later issued a clarification after the Congress party offered to pay for the train tickets of migrant workers. "We have given the permission to run special trains on states' request. We are dividing the cost in 85-15 per cent (railway: states) as per the norms. We never asked states to charge money from the stranded labourers," he had said.