Announcing the budget, Gehlot said the state government did not propose any new tax in its budget for the financial year 2021-22 but announced relief measures of up to Rs 910 crore through various exemptions 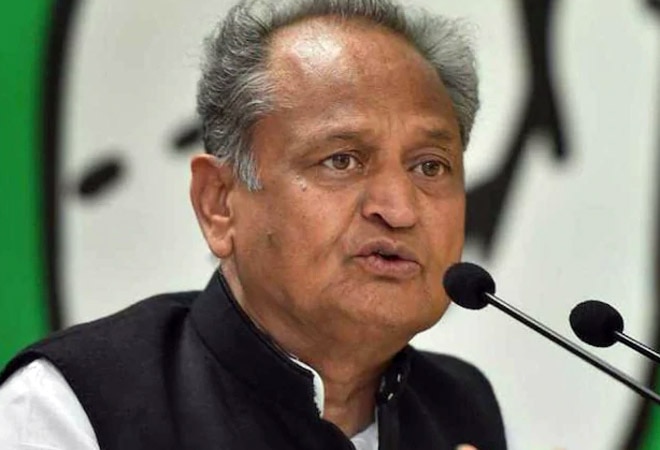 Rajasthan Chief Minister Ashok Gehlot, who also holds the finance portfolio, finalised the budget at his residence on Tuesday, February 23

Beginning his Budget speech by mentioning the effect of coronavirus pandemic on India's economy, Gehlot said, "The state Budget 2021-22 will be paperless this time. Efforts have been made to take every section of society together. Corona has affected the economy so efforts will be made to gather financial resources."

The Chief Minister, who also holds the finance portfolio, finalised the Budget at his residence on Tuesday, February 23.

Announcing the Budget, Gehlot said the state government did not propose any new tax in its Budget for the financial year 2021-22 but announced relief measures of up to Rs 910 crore through various exemptions.

The fiscal deficit is 3.98 per cent of the Gross State Domestic Product (GSDP).

"I feel that every section of the society has suffered due to the corona pandemic so no new tax has been proposed but relief of about Rs 910 crore is being provided during this corona period," the Chief Minister said in his Budget speech.

Meanwhile, the BJP termed the state Budget as disappointing, claiming that it did not live up to the expectations of the people of Rajasthan, whereas ruling Congress leaders said every section had been appropriately focussed on in the Budget.

BJP state president Satish Poonia said the Budget is nothing more than a cut and paste job as new schemes have been announced just like past Budgets, which hardly get realised on the ground.

"There is a huge contrast in announcements and their realisation. The Budget is just like a cut, copy and paste job. It's a cosmetic Budget, which has a good face but intentions are not good," Poonia added.

He said the Budget did not mention anything about regularisation of contractual workers or protesting unemployed youth. Overall, the Budget has failed to live up to the expectations of people, he added.

Leader of Opposition Gulab Chand Kataria said old announcements made in previous Budgets for his own constituency have not even started and new ones have been announced.

"It has become their hobby to make announcements. They are only misleading people as they do not have a proper Budget. This Budget is nothing more than a bundle of lies," Kataria said at a press conference.

On the other hand, Congress leaders have termed it a holistic Budget, which has taken care of all sections of the society.

Medical and Health Minister Raghu Sharma praised the Budget, saying that it is an unprecedented one for overall development. He said the Budget dedicated to health will fulfill the dream of a healthy Rajasthan.

Sharma said several innovations in medicine and health have been announced in the Budget. We will present a unique example in the country by bringing a bill in the Assembly to provide the Right to Health to All.

He described the Universal Health Care scheme as unprecedented from the point of view of health rejuvenation at a cost of Rs 3,500 crore from the upcoming financial year. Under this scheme, each family of the state will get the benefit of medical insurance scheme of Rs 5 lakh.

Congress state president Govind Singh Dotasra said that a commendable Budget has been presented by CM Gehlot, which is all-inclusive and development-oriented.

To take forward the state on the path of progress, announcements have been made in the Budget keeping the public interest paramount, he said in a statement.

Govt has no business to be in business, reiterates PM Modi