Rajasthan crisis update: In the video, at least 16 MLAs are seen sitting together in a close circle 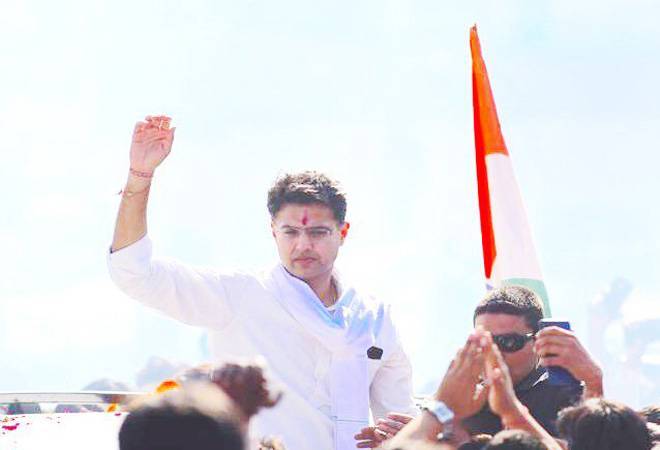 Rajasthan crisis latest: Pilot has been upset since he was denied the Rajasthan chief minister's post after the December 2018 assembly elections

In a show of strength, Deputy Chief Minister Sachin Pilot-led Rajasthan Congress camp on Monday released a video showing at least 16 MLAs sitting together. This comes hours after the Congress held a legislature party meeting. Party leaders said 106 of 122 MLAs attended, a claim contested by the Pilot camp.

The 10-second video was shared late at night on Pilot's official WhatsApp group.In the video, at least 16 MLAs are seen sitting together in a close circle. Pilot is not seen in the video. Six other people can be seen in the video but they could not be identified. Some of the MLAs seen in the video are Indraraj Gurjar, Mukesh Bhakar, Harish Meena.

Tourism Minister Vishvendra Singh tweeted the video with the caption "Family". Ladnun MLA Mukesh Bhakar tweeted, "...Loyalty in Congress means Ashok Gehlot's slavery. That is not acceptable to us." Pilot has been upset since he was denied the Rajasthan chief minister's post after the December 2018 assembly elections.

On Sunday, he claimed to have the backing of 30 Congress MLAs and "some independents". Those close to him disputed Gehlot's claim that his government had a majority, and said this is proven in the assembly and not at the CM's house. Sources close to him have also ruled out the possibility of Pilot joining the BJP.

In the 200-member Rajasthan Assembly, the Congress has 107 MLAs and the BJP 72. In the past, the ruling party has claimed the support of 13 independents, two MLAs each from the CPM and the Bharatiya Tribal Party, and one from the Rashtriya Lok Dal.