Rajya Sabha to vote on triple talaq bill on Monday; Congress, others to oppose it

Law Minister Ravi Shankar Prasad will table the bill in the Upper House. The bill was cleared by the Lok Sabha -- 245 voting in favour and 11 opposing it -- on Thursday amid a walkout by the Opposition. 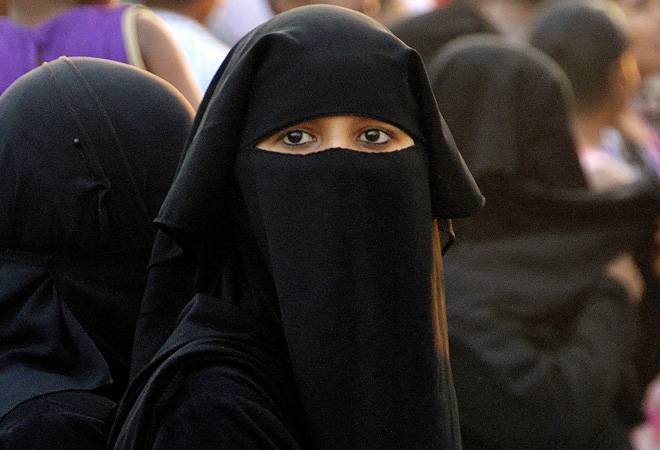 The contentious triple talaq bill seeking to criminalise the practice of instant divorce among Muslims is set to be tabled in the Rajya Sabha on Monday, even as the Congress has said it will not allow its passage in the present form.

The ruling BJP has issued a whip in the Upper House asking its members to be present.

Law Minister Ravi Shankar Prasad will table the bill in the Upper House. The bill was cleared by the Lok Sabha -- 245 voting in favour and 11 opposing it -- on Thursday amid a walkout by the Opposition.

Prasad had on Friday claimed the bill will find support in the Rajya Sabha, where the BJP-led NDA lacks numbers.

The bill is listed in the Rajya Sabha's legislative agenda for Monday.

All India Congress Committee (AICC) general secretary K C Venugopal told reporters in Kochi Saturday the party would join hands with others to prevent the bill from getting passed in the House.

He said 10 opposition parties had openly come out against the Muslim Women (Protection of Rights on Marriage) Bill, 2018 when it was introduced in the Lok Sabha.

Even the parties which support the government on various issues, including the AIADMK, have opposed the bill, said Venugopal, who is also a Congress floor strategist.

The opposition has questioned the stringent provisions like criminalisation of a civil wrong in the triple talaq bill.

The Opposition has been demanding that the bill be referred to a 'Joint Select Committee' of Parliament for further scrutiny.

On Thursday, the government rejected the Opposition's contention the bill it was aimed at targeting a particular community.

Piloting the bill, Prasad had said there should be no politics on the bill, stressing it was not against any particular community.

Describing the passage of the triple talaq bill in the Lok Sabha as a historic step towards ensuring equality and dignity of Muslim women, BJP chief Amit Shah had demanded an apology from the Congress for "decades of injustice".

The fresh Bill to make the practice of triple talaq among Muslims a penal offence was introduced in Lok Sabha on December 17 to replace an ordinance issued in September.

Under the proposed law, giving instant triple talaq will be illegal and void, and will attract a jail term of three years for the husband.

The fresh bill will supersede an earlier bill passed in the Lok Sabha and pending in the Rajya Sabha.

The earlier bill was approved by the Lower House.

But amid opposition by some parties in the upper house, the government had cleared some amendments, including introduction of a provision of bail, to make it more acceptable.

However, as the bill continued to face resistance in the Rajya Sabha, the government issued an ordinance in September, incorporating the amendments.

An ordinance has a life of six months. But from the day a session begins, it has to be replaced by a bill which should be passed by Parliament within 42 days (six weeks), else it lapses.

The government is at liberty to re-promulgate the ordinance if the bill fails to get through Parliament.

Introducing the bill, the Law Minister had said despite the Supreme Court striking down the practice of talaq-e-biddat (instant triple talaq), terming it unconstitutional, divorces in this form were taking place.

Of these, 229 were reported before the Supreme Court judgment, while another 201 came to the notice after it.

These cases were reported between the period of January 2017 and September 13, 2018.