"We have readied a scheme for the development of Ram Temple in Ayodhya. A trust has been formed, it is called 'Sri Ram Janambhoomi Tirath Kshetra," PM Modi said in Lok Sabha 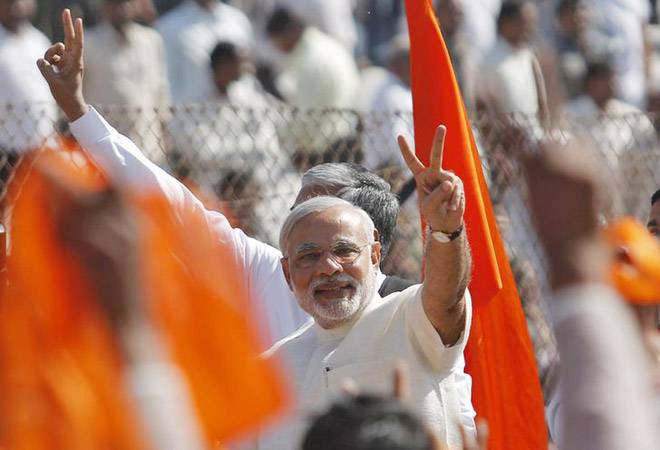 PM Narendra Modi said on Wednesday the government has formed a trust for construction of Ram Temple in Ayodhya in line with verdict by Supreme Court.

"We have readied a scheme for the development of Ram Temple in Ayodhya. A trust has been formed, it is called 'Sri Ram Janambhoomi Tirath Kshetra," said PM Modi.

A request for allotment of five acre land to Sunni Waqf Board was made to  Uttar Pradesh government and the State government has approved it, added PM Modi.

In November last year, the Supreme Court delivered a historic judgment in the decade-long Babri Masjid-Ram Temple case, ruling in favour of construction of a Ram Temple at the disputed site and directing the Centre to allot a 5-acre plot to the Sunni Waqf Board for building a mosque at a "prominent" place in Ayodhya.

The SC bench, in its Ayodhya verdict, also directed the Centre to set up a trust in three months to formulate a scheme for the construction of Ram Temple.

The 2.77 acre disputed land had been bone of contention between Hindus and Muslims since before India got Independence in 1947. The construction of a grand Ram Temple was also one of the big promises of the BJP in 2014 Lok Sabha polls, when it swept to power at the Centre.