Making a presentation on the state of economy, the governor said the economy would get a boost from oil prices cooling off from four-year highs and asserted that the fundamentals were "robust". 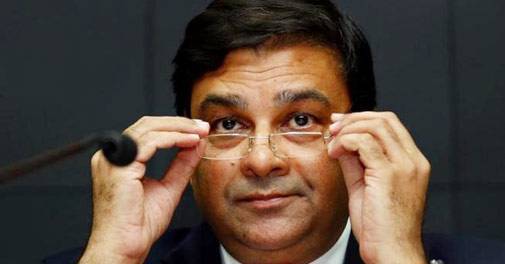 In an apparent defence of the government's demonetisation decision, RBI Governor Urjit Patel on Tuesday told law makers that the note ban's impact was transient and the economy is robust, sources said. Patel, who appeared before the Parliamentary Standing Committee on Finance, would give written responses on some of the controversial issues raised by the members, including the government citing never-used powers to get the central bank on the discussion table, said MPs who were present in the meeting.

Making a presentation on the state of economy, the governor said the economy would get a boost from oil prices cooling off from four-year highs and asserted that the fundamentals were "robust". His views on the economy were "optimistic", sources said. Members were also informed that credit growth was 15 per cent, inflation has come down to 4 per cent and cash to GDP ratio also improved.

On specific questions related to demonetisation, Patel told the members of Parliament (MPs) that its impact was "transient", they said. Patel was earlier scheduled to appear before the panel on November 12. The RBI governor, however, did not answer specific questions on the government considering using Section 7 of the RBI Act, NPAs, the autonomy of the central bank and other contentious issues, sources said.

In past few weeks, the RBI and the finance ministry were on different page over issues ranging from the appropriate size of reserves to be maintained by the central bank to easing of lending norms for small and medium enterprises. Sources said Patel made a presentation on the state of the Indian economy as also the world economy to the committee and several members asked questions.

"He stayed clear of controversial questions like government invoking special powers, instead he gave intelligent replies without saying anything," they said. Members also asked questions on the implementation of the Basel III capital adequacy norms for banks. To this, a source said the governor replied that adherence to the global norms was India's commitment to G-20 nations. During the meeting, BJP MP Nishikant Dubey -- quoting the book 'Between Debt and Devil' -- suggested that by printing more notes the fiscal debit could be checked.

Another source said that as there were a large number of questions, the governor was asked to file written replies in 10-15 days. The RBI governor appeared before the panel days after the RBI's face-off with the finance ministry over issues ranging from the appropriate size of reserves to be maintained by the central bank to easing of lending norms for small and medium enterprises. Former prime minister Manmohan Singh is also a member of the committee headed by senior Congress leader and former Union minister M Veerappa Moily. India's banking system, particularly state-owned banks, is grappling with huge bad loans. Recently, there has been a liquidity crisis for the important NBFC sector following re-payment default by IL&FS.

If Aadhaar can trace missing kids, why not identify dead bodies, says plea in HC