On whether the RBI surplus transfer would help the government compensate for shortfall in tax revenues, Kumar said that efforts would be to raise non-tax revenue through disinvestment and asset monetisation 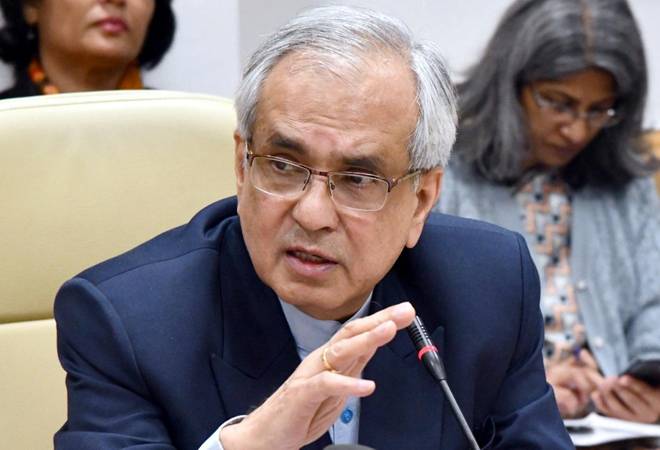 NITI Aayog Vice Chairman Rajiv Kumar has stated that the best use of RBI's surplus transfer of Rs 1.76 lakh crore would be to give a leg up to public capital expenditure and infrastructure. Talking to Business Today, Kumar called RBI reserve transfer to the Centre "a big fiscal help".

On August 26, the RBI board had approved transfer of Rs 1.76 lakh crore to the government of India based on the recommendations of Bimal Jalan panel. This sum comprises of Rs 1.23 lakh crore of surplus for the year 2018-19 and Rs 52,637 crore of excess provisions identified as per the revised Economic Capital Framework (ECF) adopted by the RBI board.

"I suppose the best use of such money is to increase public capital expenditure. It has a big multiplier effect. Infrastructure is another," Kumar said.

Kumar also stressed on the significance of jobs and income growth for economic revival. "Jobs are associated with income growth. It will also change with better economic prospects, because people tend to spend according to what they expect to earn in future," he said.

On whether the RBI surplus transfer would help the government compensate for shortfall in tax revenues, Kumar said that efforts would be to raise non-tax revenue through disinvestment and asset monetisation.

"This amount is not entirely a windfall as some people project. Of the Rs 1.76 lakh crore, Rs 90,000 was already budgeted for this year. The government has also laid out an ambitious infrastructure development plan. At the same time, government will try to raise non-tax revenue through disinvestment and asset monetisation. The thought is to rev up the economy without breaking fiscal discipline. So RBI has been a big help," Kumar said.

The NITI Aayog Vice Chairman also emphasised that transferring reserves would not endanger RBI's balance sheet. "There is no danger at all to the RBI balance sheet. Former Chief Economic Advisor Arvind Subramanian had estimated RBI could give Rs 4 lakh crore, but out of that they are only giving Rs 58,000 crore (the surplus component). In that sense we should complement the RBI and the government that they accepted the recommendations of the Bimal Jalan committee and did not push for more," he said.

PNB to consider infusion of Rs 18,000 crore at board meet this week