Seeking to restrict gold imports, the Reserve Bank said nominated banks and agencies will not be allowed to import the precious metal in excess of their entitlements in first or second lot under the 80:20 scheme. 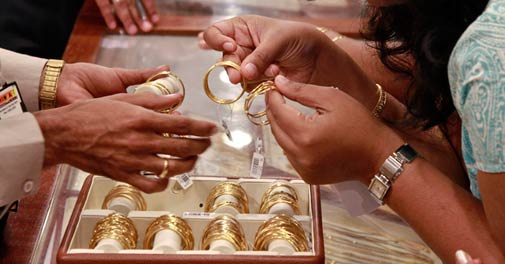 Seeking to restrict gold imports, the Reserve Bank on Friday said nominated banks and agencies will not be allowed to import the precious metal in excess of their entitlements in first or second lot under the 80:20 scheme.

"Import of gold in the third lot onwards will be lesser of the two-- five times the export for which proof has been submitted or quantity of gold permitted to a nominated agency in the first or second lot," RBI said in a notification.

The government under the 80:20 scheme had in August 14, 2013, allowed nominated agencies to import gold on the condition that 20 per cent of the inward shipment will be exported. The permission to import the next lot would be given on fulfilment of export obligation.

In view of the representation being received by the RBI and the Finance Ministry, the central bank has said that the quantum of the third lot import would be five times the export from the previous lot subject to the condition that it would not exceed previous entitlements.

"The imports made as part of the AA/DFIA scheme will be outside the purview of the 80:20 scheme. Such Imports will be accounted for separately and will not entitle the nominated agency/banks/entities for any further import," RBI said.

To contain rising gold import, which was 162 tonnes in May, the government had hiked import duty on gold thrice in 2013 taking it 10 per cent. Besides, the RBI also came out with certain restrictions, including the 80:20 scheme for imports. The gold imports came down to 19 tonnes in November.