'Realised working with her would be difficult': Ex-Finance Secy says Sitharaman insisted on his transfer

Finance Minister Sitharaman had a different personality, knowledge endowment, skill-set and approach for economic policy issues, he says. Garg mentions that it became quite clear to him early on that working with her would be difficult 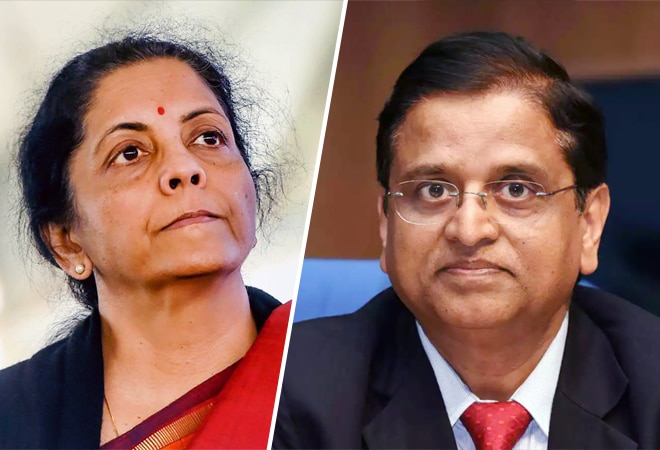 Former Finance Secretary Subhash Chandra Garg who took voluntary retirement last year on October 31 published a blog on Saturday on why he left the government and what he plans to do ahead. In a lengthy blog post, Garg looks back at his time in the Finance Ministry and said that he did not get along well with the then-appointed Finance Minister Nirmala Sitharaman. He says that their relationship soured and work became unproductive before she sought a transfer for him.

Garg says that there were two reasons behind his decision to leave the government. The first was that the Centre had gone astray from its $10 trillion economy vision. "Second reason, quite frankly, was that I did not share a good and productive working relationship with the new Finance Minister and I did not want to work anywhere outside the Ministry of Finance," he mentions.

He states that before her, he served late Finance Minister Arun Jaitley who was a "mastermind" with an uncanny ability to find the pulse of a public policy issue involved. Jaitley also left the running of departments and policy implementation to the secretaries, he says. "It was the best of the time personally and professionally to work with Arun Jaitley," he mentions.

Finance Minister Sitharaman had a different personality, knowledge endowment, skill-set and approach for economic policy issues, he says. Garg mentions that it became quite clear to him early on that working with her would be difficult and might not be conducive to the attainment of the $10 trillion vision.

"She, for reasons not very clearly known to me, came with some preconceived notions about me. She did not seem to have confidence in me. She was not quite comfortable working with me as well," he adds. The former Finance Secretary says that serious differences had developed between the two on key issues such as economic capital framework of RBI, resolution of non-banks, partial credit guarantee scheme and more. "Very soon, not only had our personal relationship soured, but the official working relationship also become quite unproductive," he says.

Garg mentions that Sitharaman asked for and insisted on his transfer in June 2019, within a month of taking charge. He decided then to take voluntary retirement once the Budget was presented. He says he filed for voluntary retirement on July 24, the day he was transferred to the Ministry of Power. "My notice was on way to be scanned and sent to the Government of Rajasthan, appropriate government to grant me voluntary retirement, within 30 minutes of the transfer order being issued. As always, I had a good night sleep on that day as well," he says in his blog.

Nafed invites bids from importers for supply of 15,000 tonnes of red onions by Nov 20