According to MEA representatives, the staff at the Pakistan High Commission has "engaged in acts of espionage and maintained dealings with terrorist organisations". 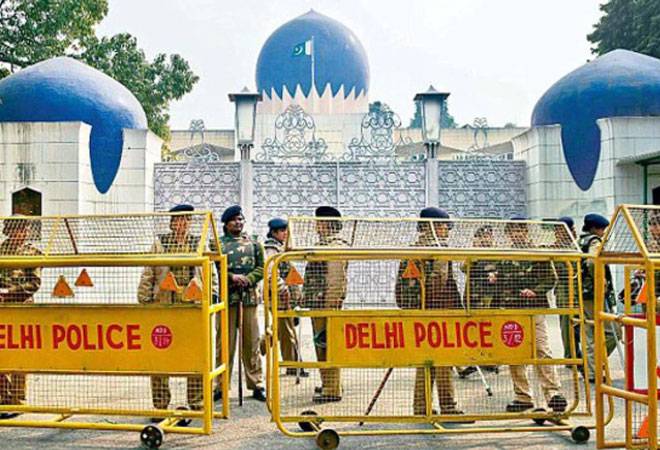 India has asked Pakistan to reduce their embassy staff in New Delhi by half. The Ministry of External Affairs summoned Pakistan's Charge d'Affaires Syed Haidar Shah and asked him to reduce the staff at the Pakistan High Commission by 50 per cent within seven days. The ministry expressed concerns about the activities of the officials at the High Commission.

India also said that it would reduce its staff at the Indian High Commission in Islamabad.

According to MEA representatives, the staff at the Pakistan High Commission has "engaged in acts of espionage and maintained dealings with terrorist organisations".

India pointed out the activities of the two Pakistani officials who were expelled from the country on May 21 on charges of espionage. The ministry also expressed concerns over the harassment of Indian officials in Pakistan. Two Indian officials were detained in a case of alleged "hit and run". They were released 10 hours later after pressure from India.

The MEA representatives said that Pakistani officials indulged in actions that are not in "conformity with their privileged status in the High Commission". "Pakistan has in parallel engaged in a sustained campaign to intimidate the officials of the Indian High Commission in Islamabad from carrying on their legitimate diplomatic functions," said the representatives.

The ministry also said that once the Indian officials returned home on June 22, they recalled graphic details of the treatment that they were meted out at the hands of Pakistani officials.

MEA said that that behaviour of Pakistan and its officials is not in conformity with the Vienna Convention. "On the contrary, it is an intrinsic element of a larger policy of supporting cross-border violence and terrorism," the officials said.

"Therefore, the Government of India has taken the decision to reduce the staff strength in the Pakistan High Commission in New Delhi by 50 per cent. It would reciprocally reduce its own presence in Islamabad to the same proportion. This decision, which is to be implemented in seven days, was conveyed to the Pakistani Charge d'Affaires," said the ministry.

Pakistan later responded and called these "baseless allegations" and that there were no violation of international law.