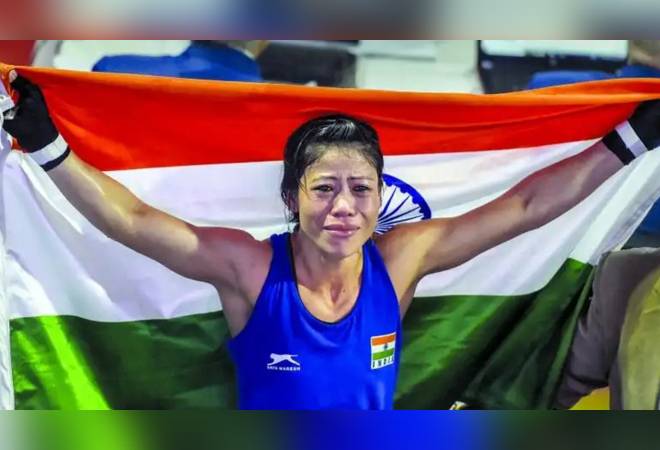 "Sachin Tendulkar is the only sportsperson to have won it and I hope to become the second one and the first woman. I want to emulate Tendulkar and I get inspiration from him." The 36-year-old Mary Kom, however, said her immediate target is to first qualify for the Olympics and then she would think about the "colour of the medal".

"My immediate target is to first qualify for Olympics and then I will think about the colour of the medal. If I qualify and win a gold in Tokyo I hope to get the Bharat Ratna. To be honoured with Bharat Ratna will be the pinnacle of achievement and recognition for not only a sportsperson but also for any Indian," she said.

An emotional Mary Kom, who was named for Padma Vibhushan, the country's second highest civilian award on Saturday, thanked God for making her an Indian and being able to bring laurels to the country. "I am proud to be an Indian and I thank God for making me an Indian. Each time I go out to fight for the country, I feel something inside me and that motivates me to bring glory to the country. The kind of love the people of this country have given me, I want to give back with my performance," said the 2012 London Bronze medallist.

"It is an emotional and touching moment for me to have won the country's second highest award. And that came when the country is celebrating the Republic Day. I will never forget this day. I thank sports minister for recommending me and also thank the Prime Minister for his support."