Retail inflation for industrial workers eases from 5.98% to 5.33% in July 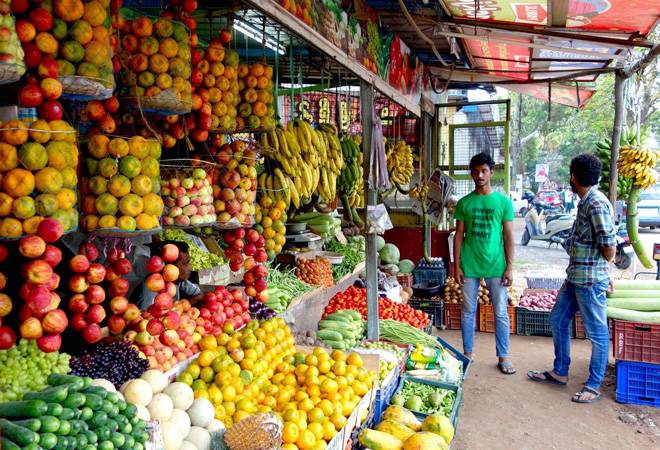 On one-month percentage change, it increased by 1.20 per cent between June and July 2020 compared to 0.95 per cent rise in the same period the previous year

Retail inflation for industrial workers eased marginally to 5.33 per cent in July compared to 5.98 per cent in the same month last year, mainly due to lower prices of certain food items. "Year-on-year inflation based on all-items stood at 5.33 per cent for July 2020 as compared to 5.06 per cent for the previous month (June 2020) and 5.98 per cent during the corresponding month (July 2019) of the previous year," a labour ministry statement said.

The food inflation stood at 6.38 per cent in July, compared to 5.49 per cent in the previous month and 4.78 per cent during the same period a year ago, it added. The All-India CPI-IW (consumer price index for industrial workers) for July 2020 increased by 4 points to 336. On one-month percentage change, it increased by 1.20 per cent between June and July 2020 compared to 0.95 per cent rise in the same period the previous year.

The indices of 31 centres are above All-India Index and 45 centres' indicators are below the national average. The indices of Chhindwara and Jalandhar centres remained at par with All-India Index. Commenting on the data, Labour Minister Santosh Gangwar said, "The rise in annual inflation is mainly due to hike in house rent and items like Potato, Tomato, Medicine, Bus Fare, Petrol, etc".

Director-General Labour Bureau D S Negi said, "Despite various constraints faced by field staff in the collection of price data in view of COVID-19, Labour Bureau has brought out the monthly indices as per the schedule time frame without interruption". He further said the rise in the index is mainly due to housing and food group items.

Housing index is revised on a six-monthly basis in January and July every year. In the food segment, potato and tomato are the determining factors for the rise. Besides, fuel items like cooking gas and petrol also experienced a hike in prices, he added. The Labour Bureau, an attached office of the Ministry of Labour & Employment, has been compiling CPI-IW every month on the basis of the retail prices of selected items collected from 289 markets spread over 78 industrially important centres in the country.

Also read: How to predict consumer behavior in a post-COVID-19 world