The 20th India-Russia annual summit may also see the two sides sign an agreement that will lead to the production of spare parts for Russian origin military equipment in India, most likely under a joint venture framework 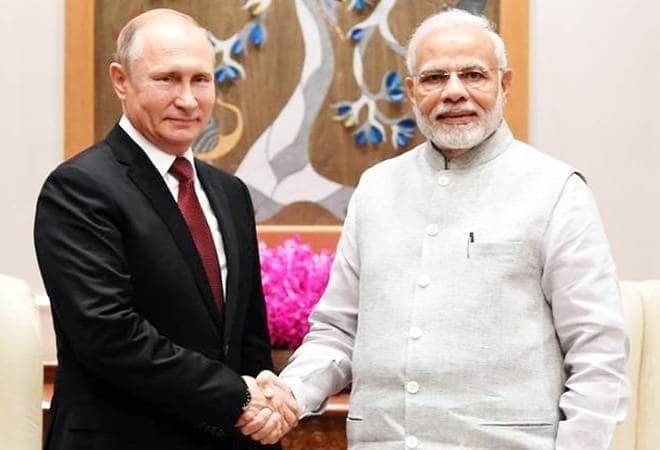 One of the top agendas for the 20th India-Russia annual summit is to take forward recently signed agreements to produce assault rifles and helicopters in India. The talks between Prime Minister Narendra Modi and Russian President Vladimir Putin will firm up the time frames to operationalise the deals by starting production in India.

For instance, in March, Modi announced the Indo-Russia Rifles Pvt Ltd joint venture, which will produce the AK-203 assault rifles at an Ordnance Factory Board plant in Korwa, Amethi. The project in the erstwhile Gandhi family bastion in Uttar Pradesh is one of the fastest to come up in the history of relations between the two countries. The next step is to place a firm order so that production can be kicked off, The Economic Times reported citing a source. So this matter is likely to be discussed by the two leaders.

The Defence Ministry is processing a tender for the production of over six lakh rifles at the facility. Significantly, it is keen on 100 per cent indigenisation of the weapons as the joint venture will also focus on exports to friendly foreign nations.

The spotlight will also be on Indo Russian Helicopter Pvt Ltd (IRHL), a joint venture between Hindustan Aeronautics Ltd (HAL) and two Russian defence majors that was set up in May 2017. Modi and Putin are expected to discuss the next step of placing an order for light helicopters by the Army and Air Force with IRHL. The Rs 20,000 crore deal for setting up a production line in India to manufacture over 200 Kamov Ka 226T choppers for the Indian Air Force and the Indian Army - as well as the transfer of technology for the same - is reportedly being processed. The technical details have already been finalised with HAL.

In addition, the two sides are also likely to sign an agreement that will lead to the production of spare parts for Russian origin military equipment in India, most likely under a joint venture framework. Such an agreement would go a long way in solving the long-standing issue of maintaining a steady supply of spare parts for equipment ranging from aircraft and warships to land-based fighting units.

Russia today is India's largest arms supplier and it clearly wants to retain its lead in the $250 billion spending kitty that India has earmarked for the next decade to modernise its military.