PM Modi at Kolkata Port Trust celebrations: The PM said that as soon as CM Mamata Banerjee allows govt schemes, people of West Bengal will be able to get benefits of these schemes 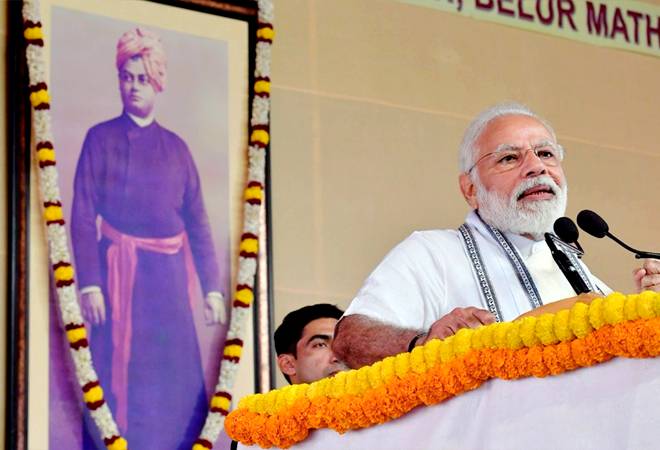 Prime Minister Narendra Modi said that Rs 43,000 crore have been directly transferred into accounts of farmers so far. Addressing the 150th celebrations of the Kolkata Port Trust, PM Modi said that Chief Minister Mamata Banerjee has not implemented several schemes in the state. He accused her of stalling the schemes since the middlemen don't get the money.

"As soon as the West Bengal government allows the Ayushman Bharat Yojana and PM Kisan Samman Nidhi, people here will also get the benefits of these schemes," he said at the Kolkata Port Trust celebrations.

The Prime Minister also renamed the Kolkata Port. "This port will now be known as Syama Prasad Mukherjee port," said PM Modi. Addressing the gathering at the Netaji Indoor Stadium, PM Modi said, "On the occasion of 150-years of the Kolkata Port Trust, PM Narendra Modi said that the port trust has seen a lot through the times including India's independence. It has been a milestone for India's development."

Talking about his schemes, the PM hailed the Jal Shakti project. He said that waterways will help in sea and river tourism in the country. "We are increasing number of cruise ships from 150 to 1,500," said the leader.

CM Mamata Banerjee who had met the Prime Minister on Saturday was absent from the celebrations of the Kolkata Port Trust.

Also read: 'People being misled over CAA, not taking citizenship away from anyone,' says PM Modi at Belur Math