The Rs 5,763 crore Eastern Peripheral Expressway project to decongest Delhi is on fast-track to completion in about "400 days" to become India's first 135 km green road to be lit entirely by solar panels and have advanced traffic system. 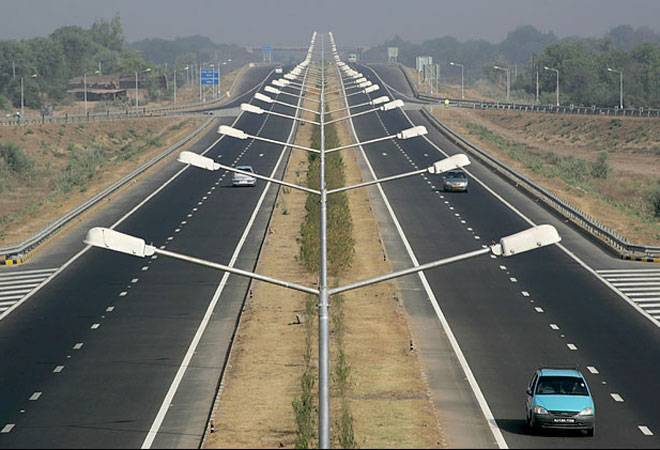 The Rs 5,763 crore Eastern Peripheral Expressway project to decongest Delhi is on fast-track to completion in about "400 days" to become India's first 135 km green road to be lit entirely by solar panels and have advanced traffic system.

The project, which commenced in May, will consume a million tonnes of flyash from NTPC's various thermal plants to utilise waste and minimise pollution.

On completion, the greenfield project that had hit several road blocks and saw laying of its foundation by Prime Minster Narendra Modi in November last year, will divert around 2 lakh vehicles passing through the national capital daily to this bypass, curtailing pollution.

"I expect this project to be completed by August next year. Apart from being access-controlled, this will have the best automatic traffic management system, land-scaping, way side amenities etc. This is going to be a boon for Delhi. This will set the pace and the path for many such expressway projects which are greenfield in nature all across the country," NHAI Chairman Raghav Chandra told PTI.

Chandra, who inspected the project sites in Delhi, Uttar Pradesh and Haryana, said all 5 contractors on 6 packages of the project are working day and night giving confidence to the National Highways Authority of India (NHAI) that the project will be completed much ahead of the Supreme Court deadline that is July 2018.

"However, we hope to complete the project in about 400 days," he said.

The expressway passes through Sonipat, Bagpat, Ghaziabad, Gautam Budh Nagar, Faridabad and Palwal in Haryana and Uttar Pradesh, and the proposed alignment crosses river Yamuna at Khurrampur/Khata in UP and Faizpur Khadar in Haryana and crosses the river Hindon.

Chandra further said: "We require huge quantity of flyash and were lifting the same from NTPC's Dadri, Badarpur and Panipat thermal plants. Earlier we were permitted to take flyash only between 10 am to 5 pm but given the massive requirement, I had a talk with NTPC Chairman and now we are lifting flyash day and night."

The NHAI Chief said earlier there was resistance from farmers over land and other issues which have been solved and they are being given higher compensation.

The Supreme Court has directed police chiefs of Uttar Pradesh and Haryana to provide security for expeditious completion of the project in light of attempts by miscreants and vested interests obstructing the work.

"Director Generals of Police, Uttar Pradesh and Haryana have been extending full cooperation and our work is in full swing," Chandra said.

"There are a total of 390 structures in this project out of which two major bridges are on river Yamuna and one major bridge on river Hindon and Agra Canal," Chandra said.

"There are 8 interchanges, 4 flyovers, 71 vehicle underpasses, 6 RoBs etc. The work has been started on 209 structures including all the four major bridges. There is substantial progress on these," the NHAI Chief said.

There has been a very healthy competition among all the developers -- Gayatri Projects, Oriental Structural, Sadbhav Engineering, Jaiprakash Associates and Ashoka Buildcon.

Watering for the project will be carried out through dip irrigation to save water, Chandra said, adding, "the entire lighting on the expressway shall be with solar power. There is a close tolling system. The user will have to pay for the distance travelled by him on the expressway.

"The advanced electronic toll system will be used for collection. The overloaded vehicles will not be allowed to travel on expressway".

According to data available, NHAI has already transferred Rs 1,530 crore for land compensation.

Road Transport and Highways Minister Nitin Gadkari has earlier said, "The government is committed to decongesting Delhi. We have set an ambitious target. This is to complete the Eastern and Western Peripheral Expressway in 400 days."

Earlier, the deadline for the project was set as two-and-a-half years.