RSS may ring in change at the top; Dattatreya Hosabale likely to be new general secretary 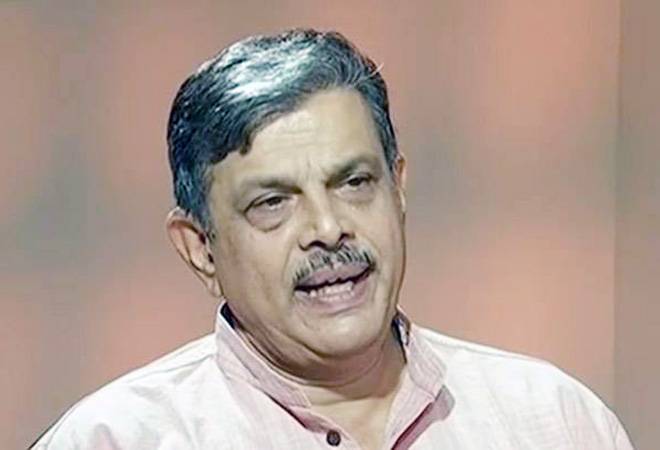 As delegates start reaching the Rashtriya Swayamsevak Sangh (RSS) headquarters in Nagpur to attend the Akhil Bharatiya Pratinidhi Sabha (ABPS), the highest decision making body of the outfit, there is intense speculation that the Saha-Sarkaryavah ( Joint General Secretary) Dattatreya Hosabale would be elevated to the rank of Sarkaryavah (General Secretary). The incumbent Sarkaryavah Suresh Joshi, better known as Bhaiyaji Joshi, recently had a knee implant but he is recovering and may seek an extension. The sarkaryavah is the second most important person in the Sangh hierarchy.

There is no election for the post of Sarsanghchalak, the RSS chief. Mohan Bhagwat is at the helm right now. The Sarsanghchalak appoints his successor, who holds the position for life. The delegates elect the General Secretary, the executive head who does day-to-day coordination and execution of the Sangh's activities. In many ways, he is considered most powerful man in the RSS parivar.

With the BJP in power in more than 20 states and actively seeking more political space in West Bengal, Tamil Nadu, Kerala and Karnataka, this RSS meeting becomes very important. Hosabale hails from Karnataka and had earlier worked in the Akhil Bharatiya Vidyarthi Parishad, or ABVP, the RSS's student wing. If he is elevated, he will be the first lateral entrant in the RSS to reach the number two spot.

Joshi was first elected as General Secretary in 2009 after the elevation of Mohan Bhagwat as the RSS chief. He is already over 70 and his health may work against an extension. Although the delegates can choose from a wider talent pool, the obvious choice comes from Joshi's deputies: Suresh Soni, Dr Krishna Gopal and Dattatreya Hosabale. Soni takes care of education and related works for RSS and affiliates while Krishna Gopal does day-to-day coordination with the BJP.

Hosabale is considered close to Prime Minister Narendra Modi and commands immense respect in BJP as well as in RSS. The congregation, from March 9 to 11, will be attended by 1,300 odd delegates of RSS and its affiliates. BJP is represented by two delegates -national president and organisation secretary. Among affiliates, VHP has the most delegates -- 40. Rest are regular volunteers, members of state units, etc.

At 63, Hosabale is contemporary of Narendra Modi and may bring better coordination in governance and party work, especially before the 2019 general elections. RSS might claim that it has no role to play in the politics of BJP but the last four years of the National Democratic Alliance rule has shown that the pracharaks not only influence policy making, but also help BJP expand into new frontiers. Sunil Bansal did it in Uttar Pradesh, Sunil Deodhar in Tripura, Manohar Lal Khattar in Haryana and Sudhan Singh is steering them in Odisha. A heavyweight like Dattatreya Hosabale will define the contours of the RSS' relationship with BJP.

Once elected, the general secretary is expected to make his own team. Speculation is rife that BJP's organisation secretary -representative of RSS in the party-Ram Lal might have to make way for Sunil Ambekar, National Organisation Secretary at ABVP. Along with this, a shuffle in the organisation secretaries at other RSS affiliates is also possible. But the focus would remain on the elevation of Hosabale. Many of his contemporaries and colleagues in ABVP are active in BJP and some became chief ministers as well.  He commands respect for his openness, technology savvy image and excellent communication skills. He played a pivotal role in ensuring the rollback of the controversial land acquisition bill, supported the centre backed labour reforms, et al. As per RSS rules, on the second day the general secretary gives a presentation on the work done during his tenure and then announces that, since his term is over, a new Sarkaryavah must be elected. An election officer is then appointed from among the senior functionaries, and subsequently other seniors propose a name. The convention is that the name is generally accepted, and the Sarkaryavah is declared elected unopposed.