"Rupee has been following domestic equity sentiments for quite sometime now, which in effect gauges foreign institutional investors (FIIs) flows - which has been negative." 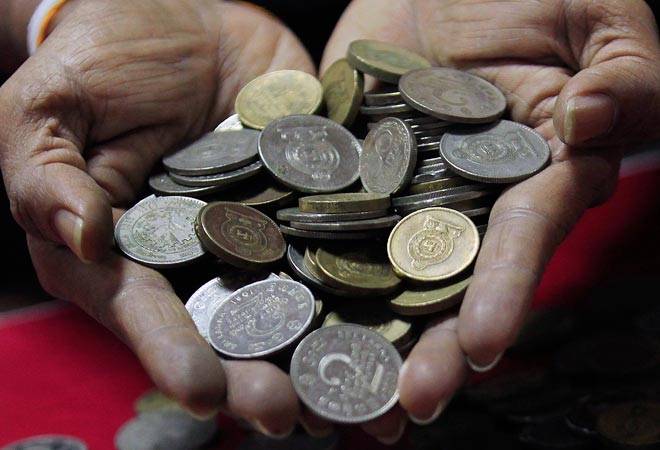 Parliament's upcoming winter session and an imminent hike in US interest rates are expected to keep the rupee in a narrow range. Photo: Reuters

Parliament's upcoming winter session and an imminent hike in US interest rates are expected to keep the rupee in a narrow range between 65.60-66.50 during the week starting November 23, experts said on Saturday.

"Over the near term, we expect the Indian rupee to trade within a narrow band of 65.60 and 66.50, with Reserve Bank of India (RBI) and global trajectory of US Dollar supporting the greenback below 66 levels," Anindya Banerjee, associate vice president for currency derivatives with Kotak Securities, told IANS.

"India's 10-year government bond is expected to find buyers on the decline towards the 7.70-75 percent zone on yields. At the same time, the Indian rupee can remain range bound against the pound and the yen and stronger against the euro."

Hiren Sharma, senior vice president, currency advisory at Anand Rathi Financial Services, told IANS that the proposed salary and pension hike by the 7th pay commission would add to fiscal woes and its cascading effects will impact the rupee's value.

The pay panel proposal will entail an outflow of Rs 102,100 crore from the exchequer during the next fiscal.

Notwithstanding, the central government has clarified that the hike announced in the 7th Pay Commission will not impact the fiscal deficit targets.

Besides the pay panel, the heightened chances of US Federal Reserve (US Fed) raising interest rates in December may negatively impact the rupee value, cited Sharma.

A rate hike could potentially lead to massive amounts of pull-back of foreign funds from emerging economies like India. The US dollar will also strengthen against emerging market currencies, gold and other assest classes.

"So even when the Indian government announced FDI (foreign direct investment) reforms, stake sale of Coal India, reinstating exporter benefits -- rupee was not able to show its strength," Sharma said.

"Rupee has been following domestic equity sentiments for quite sometime now, which in effect gauges foreign institutional investors (FIIs) flows - which has been negative."

The FII's have been jittery owing to Syria conflict, Paris-attacks and concerns about possible terror threats worldwide.

The data with stock exchanges showed that the FPIs sold stocks worth Rs.2,749.44 crore in the period under review.

The data with the National Securities Depository Limited (NSDL), showed that the FPIs (Foreign Portfolio Investors) sold Rs.5,459.41 crore or $825.49 million in equity and debt markets from November 16-20.

On a day-to-day basis, the rupee closed Friday's trade weaker at 66.19 to a US dollar from its previous day's close of 66.18 to a greenback.