Four factors why rupee could hit 63 level in one month

A brokerage even predicts that the rupee could even touch 60 levels to a dollar in the coming months, on the back of strong foreign fund inflows and an improved economic climate. Currently, the rupee is hovering at 66/USD. 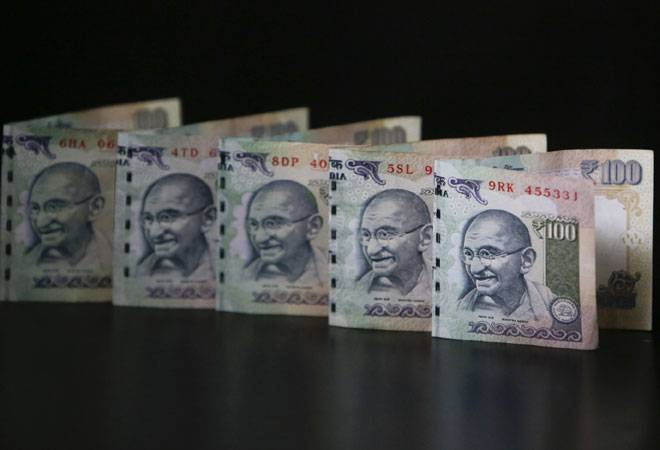 The Indian currency is on a roll and has outperformed most of the emerging market currencies since the start of this year. A poll of 15 leading forex traders and strategists suggests the rupee could rise to 63 levels in the next one month.

A brokerage even predicts that the rupee could even touch 60 levels to a dollar in the coming months, on the back of strong foreign fund inflows and an improved economic climate. Currently, the rupee is hovering at 66/USD.

Indian rupee (INR) has outperformed most of the emerging market pack as, in addition to global ones, domestic factors such as strong political mandate for BJP in UP elections, passage of GST bill and a hawkish RBI stance have boosted the rupee, Kotak Institutional Equities said in a research note.

ALSO READ: Yogi Adityanath sworn in as UP CM

"Even as we expect INR to remain strong in the next 1-2 months, we expect some correction during the rest of 2017-18," the report said.

Several factors like tightening global financial conditions, political and financial uncertainties and geopolitical risks would continue to shape the emerging market forex outlook, even amid relatively weaker dollar, it said.

Here's why rupee is likely to touch 63 levels in the next one month.

"India's relatively lower dependence on external trade, change in RBI's stance, and relatively strong policy and macro fundamentals, should lead the rupee to fare better than most of the EM currency basket," said Kotak Institutional Equities in its report.

Foreign institutional investors (FIIs) have turned net buyers into Indian equity markets after four  consecutive months of selling. In February, FIIs bought Rs 10,485 crore of equity into Indian markets. Debt buying also turned positive with Rs 5,980 crore purchase. In March too, foreign investors bought around Rs 15,053 crore in debt and equity, reiterating faith of foreign investors into India's growth story. The rise in foreign fund inflows means Indian rupee is the only gainer against the US dollar in March. Since January 1, 2017, rupee is the third-best performer in Asia after Korean Won and the Taiwanese dollar.

PM Narendra Modi is expected to intensify his reforms process after the recent Uttar Pradesh election win. After GST, PM Modi will be emboldened to embark on more reforms including reforming the retail sector, easing labour laws, and cleaning up bad debt at banks.

Implementing the pending reforms will make the global agencies more optimistic on India's sovereign ratings. With BJP occupying power in more states, investors (FDI and FII) are likely to buy more into India's growth story and pump more funds into economy which will send the market and consecutively the rupee higher.

The US currency is slowly and steadily moving back to November 2016 levels when Donald Trump won the presidential election.  Since November 2016, the dollar has been rising, even breaching the 103 level mark in January. But since the last two months, the dollar has lost all the momentum and hovered near the 100 dollar mark on a continuous basis. Today, after the Federal Reserve announced a 25-basis point hike in interest rates, the dollar index which measures its strength against a basket of major currencies saw its biggest one-day fall in two months.

Petrol pumps to shut every Sunday from May 14: Here's why consumers don't need to panic

Attention Apple fans! iPhone 7, iPhone 7 Plus Red special edition up for pre-orders on Amazon and Infibeam