While inflation has eased with the recent policies, firms that profited from booming rural demand are struggling due to the sudden slowdown. 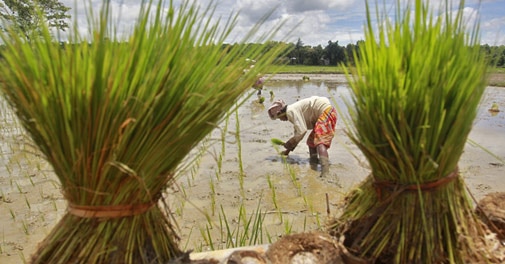 Sugarcane grower Nilesh Kadam has abandoned plans to buy a tractor. He doesn't have enough money, like many farmers hit by erratic weather and sliding prices for the cotton, soybean and rubber they produce.

Tougher times in rural communities spell bad news for Prime Minister Narendra Modi, who swept to power last May with a promise of "better days" - new jobs and development to lift hundreds of millions of Indians out of poverty.

"I was expecting a hike in cane prices this year, but mills are paying 20 per cent less than last year. I don't have enough money to buy even a motorcycle, let alone a tractor," says the 29-year-old Maharashtrian farmer.

It's not just the weather gods and capricious markets that are to blame for the hardship besetting Kadam's village of Padali, 280 kilometres south of Mumbai. A shift in government spending ordered by Modi is also hitting rural consumers and the industries that serve them.

"Rural consumption was one of the pillars holding up growth," said Aditi Nayar, senior economist at Icra, the Indian arm of ratings agency Moody's. She expects weak demand in rural areas to have contributed to a slowdown in economic growth in October-December from 5.3 per cent in the previous quarter.

Tractor maker Mahindra & Mahindra is idling its factories for a few days a month after sales slid by nearly a third towards the end of last year. Consumer goods firms and auto makers have also reported weak sales.

More than 800 million of India's 1.25 billion people live in the countryside, accounting for 35 per cent of the economy. Modi's Bharatiya Janata Party (BJP) faces the verdict of voters towards the end of this year in Bihar, a large state in the Hindi belt where many of the rural poor live. West Bengal and Tamil Nadu are among major states that go to the polls in 2016.

Seeking to woo rural voters, the last government raised grain purchase prices, bailed out indebted farmers and promised 100 days paid labour a year to anyone who wanted it.

The measures boosted the spending power of rural consumers and cushioned business from a fall in urban demand after the 2008 financial crisis. Eventually, though, they stoked inflation and forced the Reserve Bank of India (RBI) to hike interest rates.

To cap inflation and state borrowing, Modi has limited rises in farm support prices to below the inflation rate and scaled back the jobs scheme. He wants to invest savings in infrastructure and skills to boost India's long-term growth.

While inflation has eased with these policies, firms that profited from booming rural demand are struggling due to the sudden slowdown.

Trends show a striking divergence between town and country sales of two-wheelers: motorcycles - more popular in the countryside - fell 3.5 per cent in December while scooters, ridden mainly by city dwellers, leapt 24 per cent from a year earlier, industry figures show.

Modi's shift from policies that support demand to ones boosting investment and productivity have also coincided with a steep fall in global prices of farm commodities, making imports cheaper and hitting Indian exports.

"Exports of many commodities have become less lucrative and in some cases unfeasible," said Faiyaz Hudani at Kotak Commodity Services.

The government's ability to ramp up spending on roads, railways and irrigation projects that would benefit rural India is, meanwhile, hobbled by budget constraints.

Aides to Finance Minister Arun Jaitley have advised him to loosen fiscal deficit targets in next month's budget to create room to invest. It's not clear, though, whether he will do so as that could delay a growth-boosting interest rate cut by the central bank.

Since his general election triumph, the BJP has racked up a series of gains in state polls - including in Maharashtra. But Kadam, who voted for a rival party, isn't convinced and says the patience of rural voters is being tested.

"During the campaign, Modi was saying better days are coming. Where are the better days?" the young Maharashtrian farmer asks. "He has made things worse for us."