Samjhauta Express on schedule between Delhi and Attari, says Railways

The biweekly train, which runs on Wednesdays and Sundays, will leave at 11:10 o'clock tonight as per schedule from the Old Delhi Railway station with 26 passengers aboard. 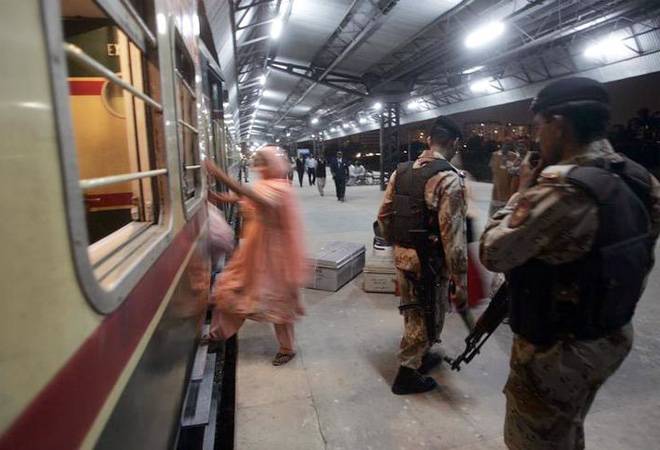 The Railways on Wednesday said the Samjhauta Express will continue to run as per schedule from Delhi to Attari in India, amidst reports that Pakistan has suspended its operations between Wagah to Lahore on its side.

"The train will run as per schedule as of now," Northern Railway spokesperson Deepak Kumar told PTI about its operation on the Indian side.

The biweekly train, which runs on Wednesdays and Sundays, will leave at 11:10 o'clock tonight as per schedule from the Old Delhi Railway station with 26 passengers aboard -- four in AC coach, 22 in non-AC coaches -- sources said.

"We have not received any instructions from authorities about any change in the running of the Samjhauta Express. We will follow all instructions given to us in this regard," said Railway Minister Piyush Goyal.

The train does not have any commercial stops between Delhi and Attari.

Originally, the train offered a through service with one rake going all the way between the terminals - Delhi in India to Lahore in Pakistan. However, now a Pakistani rake stops at Attari at which point passengers have to change trains and board an Indian rake.

The Samjhauta Express, named after the Hindi word for "agreement", comprises six sleeper coaches and an AC 3-tier coach. The train service was started on 22 July 1976 under the Shimla Agreement that settled the 1971 war between the two nations.

From Lahore, the train departs on Monday and Thursday.

Sources said the footfall on the train, which generally recorded an occupancy of around 70 pre cent, has fallen drastically post the Pulwama attack on February 14 in which 40 CRPF jawans were killed.