It is the third hike in three years, taking the number of pilgrims from the country who can perform Haj to 2 lakh. 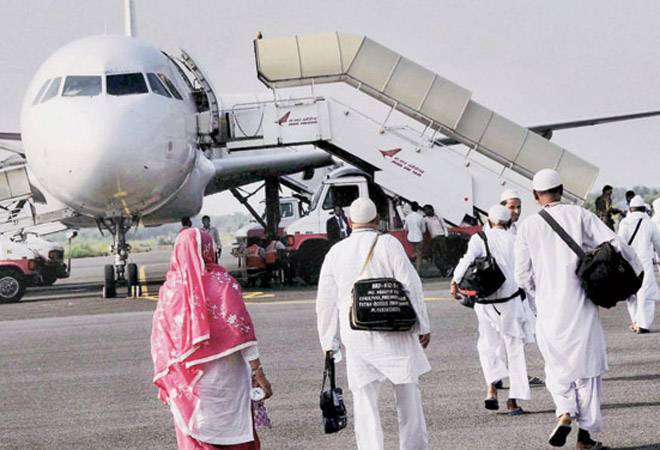 Saudi Arabia on Wednesday increased India's Haj quota by about 25,000, the third hike in three years, taking the number of pilgrims from the country who can perform Haj to 2 lakh.

While TS Tirumurti, Secretary (Economic Relations) in the MEA, said the implementation of the enhanced quota will depend on logistical and other things, Minority Affairs Minister Mukhtar Abbas Naqvi said it will be effective from this year.

"At our request, Saudi Arabia has decided to increase the quota for Haj pilgrims from India to 2 lakh. This gesture is deeply appreciated," Tirumurti told reporters at a briefing on the talks.

Naqvi hailed the decision and thanked the prime minister, Saudi Arabia's King Salman bin Abdul Aziz, the crown prince and External Affairs Minister Sushma Swaraj. "This is the third hike in consecutive years. When the Modi government came to power in 2014, India's Haj quota was 1,36,000, which has now been increased to 2 lakh. This will be the highest number of pilgrims going for Haj from India since independence," Naqvi told PTI.

He said this was possible because of Modi's "very cordial and friendly" relations with the Saudi leadership. This year, 2,340 Muslim women from India will go for Haj without 'Mehram' or male companion. Also India will be sending the second highest number of pilgrims for Haj after Indonesia, he said.

The government had last year allowed women to go on Haj without Mehram, which saw about 1,300 women going without any male companion. They had been exempted from the lottery system. Last year, Saudi Arabia had increased India's Haj quota by 5,000 to 1,75,025, while in 2017 it was increased by about 35,000.

The Haj subsidy provided by the government was removed last year in the light of a Supreme Court order of 2012. Naqvi had earlier said that digitising Haj-related processes has ensured that the annual pilgrimage remained inexpensive despite the absence of subsidy and made the system "pro-pilgrim".

Mukesh Ambani's Reliance Industries sixth fastest growing retailer in world; here are the other names on the list