In his plea, CBI Director Ranjit Sinha submitted that his right to privacy and reputation was involved in the case and pleaded the court to restrain the media. 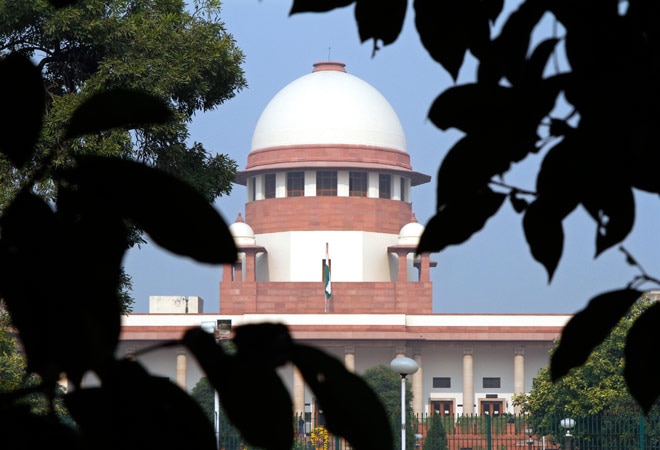 A view of the Supreme Court building is seen in New Delhi (Photo: Reuters)

The Supreme Court on Thursday turned down the plea of Central Bureau of Investigation (CBI) Director Ranjit Sinha to restrain media from broadcasting and publishing news stories on the basis of documents pertaining to the entry list of visitors at his residence.

A bench headed by Justice HL Dattu said it had gone through the documents and asked advocate Prashant Bhushan to file an affidavit annexing the materials.

We have gone through the documents. We cannot take cognisance of this until it is placed on record, the bench said.

The bench agreed to give an urgent hearing on the issue and decided to assemble at 10 am, half an hour before the normal court time, on Monday.

In his plea, Sinha submitted that his right to privacy and reputation was involved in the case and pleaded the court to restrain the media.

The CBI Director is at the centre of a controversy after an NGO had told the Supreme Court that entry register of his residence portrays a very disturbing and explosive material coming in the way of administration of justice in 2G spectrum allocation scam.

Senior advocate Vikas Singh, appearing for the CBI Director, raised questions on the veracity and source of the documents. The CBI Director also refuted all the allegations made against him, saying all such statements are patently false.

However, the court turned down the plea to restrain the media from broadcasting or publishing news stories based on the documents.

The advocate also raised questions on how the documents got leaked despite apex court's order that they should be placed before it in a sealed envelope. Singh further pleaded that apex court should ask Bhushan about the source from which he acquired those documents.