Madhya Pradesh government formation: Former Madhya Pradesh CM also went on to claim that Scindia's vehicle was stopped and stones pelted at it in "life-threatening attack" 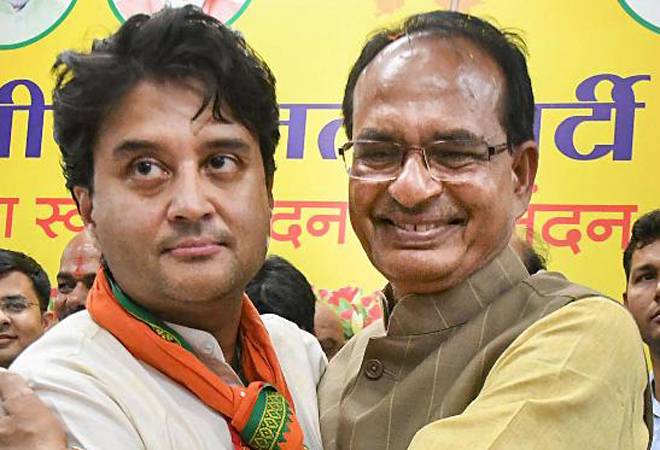 "You can simply imagine the kind of situation prevailing in the state. A government which has lost majority is engineering attacks. I strongly condemn this incident and appeal to police and administration to take swift action against those responsible for this attack on Scindia," Chouhan said in a statement.

"The law and order situation has totally collapsed in the state," he said. Chouhan claimed that Scindia's vehicle was stopped and stones pelted at it in the "life-threatening attack".

With great difficulty, the driver managed to take the car carrying Scindia away from the spot, he said. BJP workers led by party's Bhopal district unit president Vikas Virani held a protest outside Shymala Hills police station demanding that an FIR be registered against those involved in the incident.

Congress workers waved black flags at Scindia, who joined the BJP on Tuesday after ending an 18-year stint with the grand old party, in Kamla Park area when he was on his way to the airport this evening. According to state Congress secretary Abdul Nafees, the party workers also blackened a vehicle which was part of Scindia's motorcade.