Sharad Pawar to hold meeting with NCP leaders in Mumbai

Sharad Pawar, in an afternoon press conference, said that action against Ajit Pawar will be taken as per the procedure 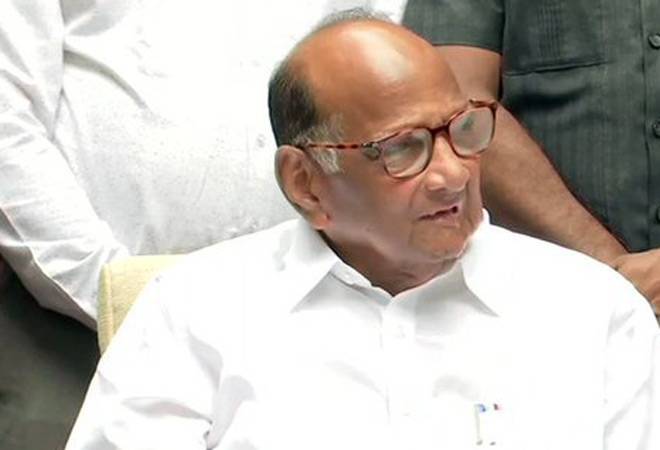 The National Congress Party (NCP) chief Sharad Pawar will hold a meeting with his party members on Saturday evening in Mumbai. The meeting is in the wake of his nephew Ajit Pawar joining hands with Bharatiya Janata Party (BJP) to form the government in Maharashtra.

Ajit Pawar, on Saturday morning, took oath as the Deputy chief minister of Maharashtra along with BJP's Devendra Fadnavis, who was sworn in as the state's chief minister.

Sharad Pawar, in an afternoon press conference, said that action against Ajit Pawar will be taken as per the procedure.

He also stated that a new NCP legislative party leader would be elected on Saturday evening.

Till Friday night, the NCP was busy making efforts to form a government with the Shiv Sena and the Congress in Maharashtra.

However, The BJP-NCP government took charge in Maharashtra on Saturday after the President's rule, imposed in the state a fortnight ago, was revoked on early Saturday morning.

The BJP and Sena, which fought the Maharashtra assembly polls in an alliance, had secured a comfortable majority by winning 105 and 56 seats respectively in the 288-member House.  However, the Sena broke its three-decade-long ties with the BJP after the latter declined to share the chief minister's post.

It is not clear yet as to how many NCP MLAs are siding with Ajit Pawar.