The Shiv Sena members damaged furniture, chairs, smashed window panes and a computer at the Iffco Tokio office in Pune. 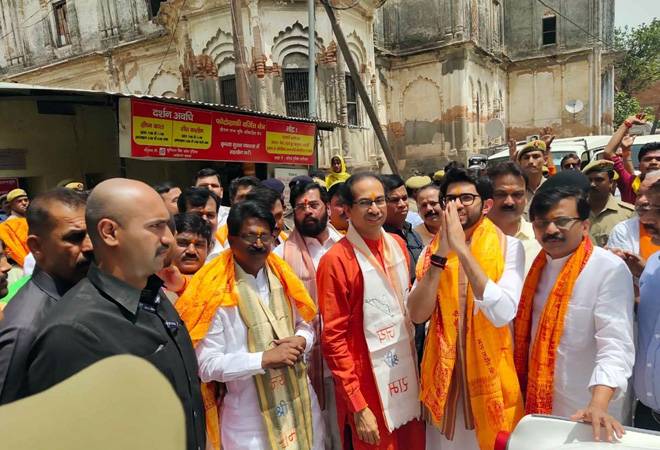 According to reports, the activists were led by city unit chief Sanjay More and corporator Sanjay Dhanawade. They damaged furniture, chairs, smashed window panes and a computer. No one was injured during the incident, as per reports. Police reached the office only after some Shiv Sena members had already left.

Farmers had insured their crops with multiple insurers including Iffco Tokio. Sanjay More told The Hindu that they had, in the past, given proposals to these insurance companies urging them to settle farmers' claims at the time of drought but the insurers had paid no heed. "Officials at Iffco Tokio were behaving in an arrogant manner even now when we urged them to give the desperate farmers insurance money. So this act was to give them a wake-up call," said More, as mentioned in the daily.

More also warned of similar actions against errant insurance firms. "We will carry on with our 'Sena style' agitation if the other insurance companies in Pune and Mumbai do not get their together and actively help farmers," said More, as quoted in the daily.

Nationalist Congress Party chief Sharad Pawar reacted to the incident and said that while no one should take the law in their hands, insurance companies should also not delay the payments to the farmers.

This incident comes a day after Shiv Sena chief Uddhav Thackeray had warned insurance companies over delay in financial aid to farmers. "This is a major crisis. I appeal to all of you not to despair. The Sena is resolutely behind you all. This is not the time to shed tears but to combat the crisis," he had said.

Also read: Trouble at Infosys: What to expect from ongoing investigations into the tech giant