Rs 20 lakh crore package: Nirmala Sitharaman said that every tax-related decision has bearing on the revenue and affects the states through devolution 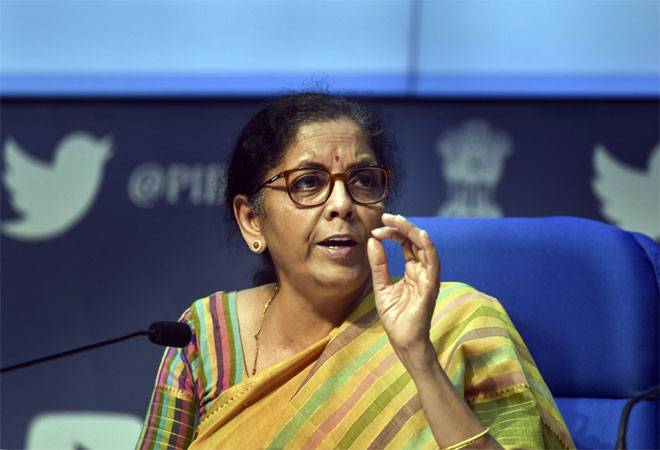 Finance Minister Nirmala Sitharaman said that while she understands the plight of the salaried class amid coronavirus, she also needs to keep in mind the government's revenue. Her comment comes as experts were anticipating tax concessions for the middle class in the Rs 20 lakh crore package after Prime Minister Narendra Modi's address to the nation. He had said that the economic stimulus package is designed to benefit the taxpayers among others. Sitharaman said that she understands that given how revenue generation has been impacted, tax concession will affect the devolution.

In an interview to The Economic Times, the minister said that every tax-related decision has bearing on the revenue and affects the states through devolution. The minister was responding to a question on how the salaried class that is facing salary cuts and job losses have felt that the Rs 20 lakh crore economic stimulus offers them nothing. "I'll have to see how I can do it because today, every tax-related decision I take, you are well-aware has a bearing on the revenue of the Union government, but post that, through the devolution, affects the states, too," she said.

Sitharaman said that even without "touching the tax", revenue has already decreased for the states and the Centre. She says that she is aware that she has to attend to people who have lost their jobs, wages have been slashed and profits have dropped. She said that she is aware of the serious consequences but there are a lot of constraints given the revenue generation issues. She said that tax concessions would affect the devaluation as well.

When the daily stated that the middle class was anticipating measures focussed on them after Prime Minister Narendra Modi's address to the nation specifically mentioned that the economic stimulus was designed to help them too, Nirmala Sitharaman said, "Aren't the MSME families middle class? The credit-linked subsidy scheme not addressed to the middle class?"

The minister also said that the package would address the issues of every sector even if she has not specifically named them. "Somewhere every sector, even though I have not named each one, will be touched by what the banks are being able to extend without additional collateral," she said.

Rupee vs Dollar: Rupee rises 6 paise to 75.60 per dollar amid positive equity market