On the positive side, the ratings agency pointed out that domestically driven economies such as India face lower growth risks than trade-dependent nations like Singapore and Hong Kong. 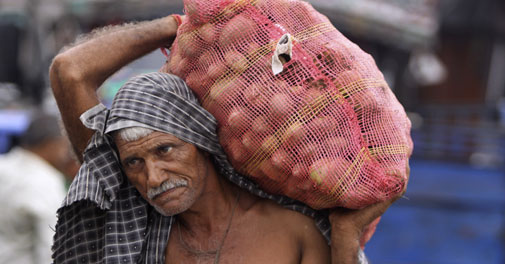 Global rating agency Standard and Poor's has cautioned that large deficit economies, including India, could face more economic problems in the near term.

"The road may be rocky in the near term, particularly for the largest deficit countries - India and Indonesia - but we don't think this is the Asian crisis all over again," said S&P's report titled 'South And South-east Asian Economies Grapple With Growth And External Financing Risks'.

Observing that in normal times the countries with high current account deficit (CAD) and high savings might not find it difficult to borrow in the international market, the report said, "when markets become risk averse, economies with Current Account Deficits often find themselves facing external financing pressure".

High CAD is also impacting the value of rupee which slipped to an all-time low of 68.75 to a dollar in intra-day trade on Wednesday.

The report attributed the ongoing market turbulence largely to uncertainties around the timing of "tapering" (lowering bond purchases) by the US Federal Reserve, coincided with recent cuts in Asian GDP growth forecasts, most notably for China.

Since the announcement of US bond tapering, the rupee has declined over 20 per cent. Besides, equity market barometer Sensex dropped nearly 10 per cent in the last one month.

On the positive side, the S&P report pointed out that domestically driven economies such as China, India, Indonesia, and the Philippines face lower growth risks than trade-dependent nations like Singapore and Hong Kong.

"The smaller, more open, more trade-dependent economies in Asia, such as Singapore and Hong Kong, have higher growth betas, or risks to growth. In contrast, the larger, more domestically driven economies such as China, India, Indonesia, and the Philippines have lower growth betas," it added.

Rupee under pressure vs other currencies too