The aggressive selling comes as sugar production exceeds demand for a fifth year and is set to deepen losses for producers like Bajaj Hindusthan and Shree Renuka Sugars. 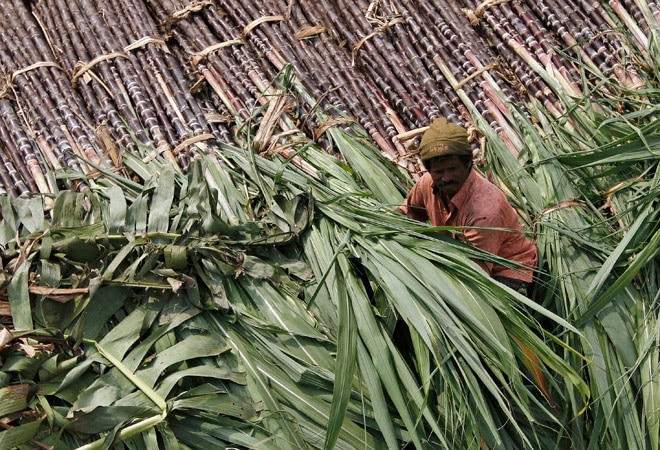 The country's cash-strapped sugar mills, waiting on the government to approve export subsidies, are being forced to dump supplies in the domestic market to raise cash to pay sugarcane farmers, pulling local prices down to 4-1/2 year lows.

The aggressive selling comes as production exceeds demand for a fifth straight year and is set to deepen losses for producers like Bajaj Hindusthan, Shree Renuka Sugars and Balrampur Chini Mills.

Without any government incentive, domestically produced sugar is uncompetitive in world markets well supplied by low-cost producers Brazil and Thailand.

India, which is the world's second-biggest sugar producer, exported more than 1 million tonnes of raw sugar in 2014 but has shipped out little in the current season that began on October 1.

"Mills don't have a choice," said Ashok Jain, president of the Bombay Sugar Merchants Association (BSMA). "On the one hand the sugar commissioner is asking them to pay farmers cane dues quickly, on the other hand demand is weak for sugar," he added.

Each year the federal government and states fix the price at which mills can buy sugarcane from farmers. The cane price has surged 65 per cent in five years, while sugar prices have slumped by 8 per cent.

Some co-operative mills from Maharashtra, the biggest domestic producer, sold sugar at Rs 2,460 (US $40) per 100 kg this week, the lowest level since August 2010.

"Exports can help reduce the stockpile and raise prices, but the government is delaying a subsidy announcement," Babar said.

Subsidies of Rs 3,300 a tonne helped exports of raw sugar in 2014 and government sources said in January the government was considering a hike in the subsidy to Rs 4,000 in 2015.

But Prime Minister Narendra Modi's Cabinet has yet to approve the proposal, potentially halving 2015's raw exports from a year ago.

"To make cane payments mills are ready to sell sugar at whatever price they are getting," said Balasaheb Patil, chairman of Sahyadri co-operative sugar factory based in Maharashtra.

The country is likely to produce 26 million tonnes of sugar in the current season, up to 4 per cent above an earlier estimate. Local sugar demand is pegged around 24.7 million tonnes.

"Inventory is rising every day due to ongoing cane crushing. Prices are unlikely to recover unless we manage to sell in the world market," BSMA's Jain said.

The 4 Ps of Delhi polls!