The Japanese automaker issued the warning after it reported a slump in quarterly profit this week on tumbling sales at its Indian unit, Maruti Suzuki which accounts for half the number of cars sold in India 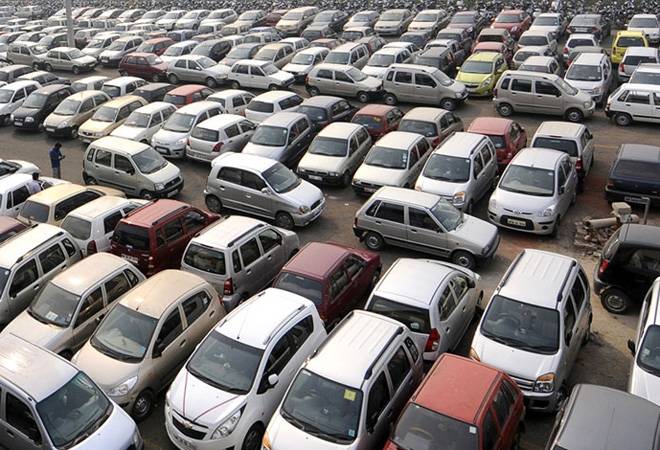 Suzuki Motor Corp said it was no longer gung-ho about India's auto market, the world's fourth-largest, where it has seen relentless growth in the past seven years.

And the parent of the country's biggest car maker is not alone.

The Japanese automaker issued the warning after it reported a slump in quarterly profit this week on tumbling sales at its Indian unit, Maruti Suzuki (MRTI.NS), which accounts for half the number of cars sold in India.

"We no longer think that growth in India will be an uninterrupted move upwards," Suzuki President Toshihiro Suzuki cautioned. Maruti's sales, which were growing till January, has slipped every month over February-September 2019.

India's auto sector has gone into a tailspin this year as tight liquidity at shadow banks, high taxes and a weak rural economy have sapped consumers' buying power.

Global players like Ford (F.N), Volkswagen (VOWG.DE) and Fiat (FCHA.MI) are already re-evaluating their strategy as they struggle to make inroads in a market dominated by small cars.

"Car makers are getting very cautious regarding their future investments in India. Most of them are either deferring or just scrapping their India new model plans," said Puneet Gupta, an autos sector expert at IHS Markit.

Auto executives and analysts point out that some car makers are focussing on their strengths in terms of products instead of chasing volumes with small cars. Some others are taking drastic steps to reduce their exposure.

Ford (F.N) has agreed to sell a majority stake in its India arm to Mahindra & Mahindra (MAHM.NS), ending its independent operations in the country after two decades and highlighting the challenges automakers face in growing profitably in Asia's third-largest economy.

A cocktail of higher taxes under a new goods and services tax regime, flip-flop over electric-vehicle policy, and a boom of ride-sharing firms such as Uber and Ola have all plagued global automakers in India. Not having the right cars and smaller sales network have also hurt, some executives say.

"When you have policy instability it becomes very hard to convince headquarters to invest more in the country," an executive at a western automaker said.

India is largely a small-car market and that is not a strength for most global automakers, who sell more SUVs and luxury cars elsewhere such as in China and the United States - the world's top two car markets, the executive added.

Western automakers had to design products specifically for India which is an expensive exercise, said V.G. Ramakrishnan, managing partner at consultancy Avanteum Advisors.

"Many chose a mass-market strategy instead of a niche one," and are dialling back to focus on specific segments, he said.

Volkswagen has put its sister company Skoda in charge of India strategy and will focus on SUVs. Fiat (FCHA.MI) too has put SUV-maker Jeep in charge of driving sales in the country.

Demand for SUVs in India is growing faster than some small car segments, prompting even the likes of Maruti that dominates the small-car space to look at launching SUVs and crossovers.