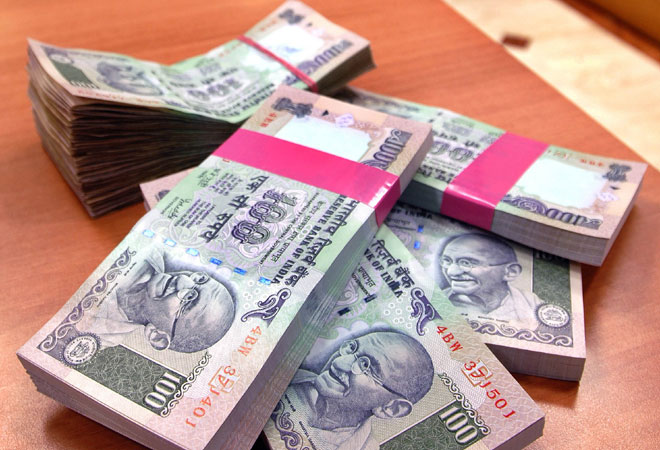 Telangana's first full-fledged Budget, presented in the state assembly on Wednesday, has proposed an expenditure of Rs 1,15,689 crore for the financial year 2015-16, with the focus on welfare, agriculture and allied sectors.

"The government has faced severe constraints in raising the plan outlay in 2015-16, mainly on account of less than expected tax devolution from the award of the Fourteenth Finance Commission and the reduction in plan transfers from the Centre," Rajender said.

Stating that the journey to achieve the goal of "Bangaru (golden) Telangana" has started, the minister said there will be no looking back till the goal is reached.

Besides focussing on welfare of weaker sections of society, the Budget has made substantial allocations for two ambitious programmes of the first Telangana Rashtra Samithi (TRS) government.

The minister allocated Rs 2,083 crore for Mission Kakatiya, aimed at reviving the tanks across the state. He announced that 9,308 tanks will be revived during the financial year.

The overall allocation for the irrigation, including Mission Kaktiya, is Rs 8,500 crore.

For water grid aimed at laying network of pipes to provide drinking water to every household in four years, the Budget has provided Rs 4,000 crore during the year.

Identifying electricity shortage as one of the major problems confronting the state, the government vowed to make the state power surplus by the end of 2018.

"The present generating capacity located in the state is 4,320 MW, which is proposed to be enhanced to 23,675 by the end of 2018 making the state power surplus," the finance minister said, announcing an allocation of Rs 7,400 crore for the energy sector.

"Plans have been drawn up for an additional installed capacity of 6,000 MW by TSGENCO, 2,000 MW by the Singareni Collieries and 4,000 MW through the National Thermal Power Corporation (NTPC)," he said.

The total provision for agriculture and allied sectors is Rs 8,432 crore, including Rs 4,250 crore for farmers' debt relief.

"Agriculture is the mainstay for close to 50 per cent of the state's population. However, the contribution of agriculture and allied sectors to GSDP is only 18 per cent in 2014-15 at current prices. Agriculture in Telangana is characterised by low productivity, rising input costs and stagnant public investments in the past," the minister said.

The finance minister has set aside Rs 2,200 crore for food security and subsidy. From January, 6 kg of subsidised rice at Re. 1 per kg is being provided per person to 2.8 crore beneficiaries.

The minister has proposed Rs 188 crore allocation for financial assistance of Rs 1,000 to the deserving and eligible beedi workers.

For the sub-plans for the Scheduled Castes and the Scheduled Tribes, the minister proposed Rs 8,089 crore and Rs 5,036 crore respectively.

The minister has provided Rs 2,172 crore for the welfare of backward classes and Rs 1,105 for the minorities.

Among other sectors, the highest allocation of Rs 11,216 crore has been made for education. The Budget has proposed Rs 4,932 crore for health and medical services.

As the government has recently announced a very generous package for its employees, the Budget has set aside Rs 22,889 crore for salaries and pensions.

Manmohan Singh on summon: 'Upset, but this is part of life'