What's on the agenda in the Budget Session

The signs of a stormy Session are evident as the opposition has already closed ranks to corner the government on the very first discussion on the JNU sedition case. 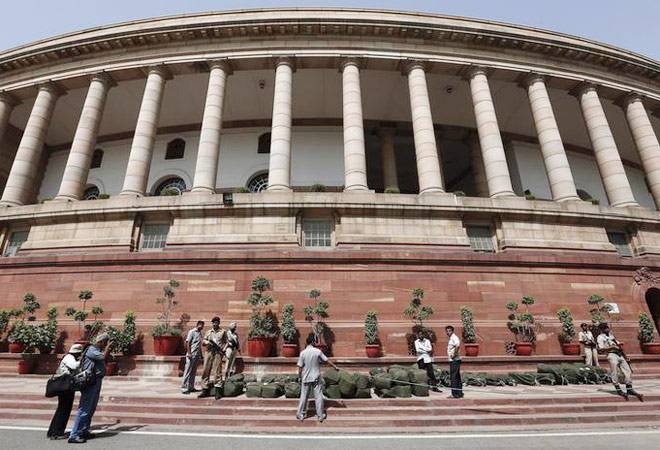 The signs of a stormy Session are evident as the opposition has already closed ranks to corner the government on the very first discussion on the JNU sedition case. (Photo: Reuters)

The Parliament's Budget Session which began on Tuesday with the address of President Pranab Mukherjee and Narendra Modi exhibiting hope of a fruitful session, promises to contain lot of activity.

The signs of a stormy Session are evident even before the first working day commences on Wednesday. Two all-party meetings were conducted by Lok Sabha Speaker Sumitra Mahajan and Parliamentary Affairs Minister Venkaiah Naidu on Monday which the opposition pulled no punches in calling it a mere formality.

The opposition has already closed ranks to corner the government on the very first discussion on Wednesday on the JNU sedition case and dalit scholar suicide case in Hyderabad University. The first day itself promises to be stormy with the JNU issue raging across the country.

Bills in the Budget Session

The opposition has already hinted of not letting major bills get cleared easily with the Leader of the Congress in the Lok Sabha, Mallikarjun Kharge stating that it will allow bills to be passed only on "merit".

The controversial bills like GST, which are slated to create a lot of ruckus in the House, is likely to be placed in the second half of the Budget Session as consensus between the government and opposition on the same is yet to come.

The government may also go on a back foot and withdraw the Right to Fair Compensation and Transparency in Land Acquisition, Rehabilitation and Resettlement (Amendment) Bill, 2015 in the Session. The Narendra Modi government's ambitious Bill to boost economic development is likely to be withdrawn. The Centre has asked state governments to bring about amendments in their own laws to simplify land acquisition.

The delimitation bill of electoral constituencies in West Bengal, on the other hand, is likely to get cleared without much ado. The boundaries between India and Bangladesh underwent a change after the Indo-Bangladesh land boundary agreement last year.

Modi welcoming the criticism from opposition said the government's shortcomings should be highlighted and the Session should be utilised for constructive debate as it strengthens democracy.

"The eyes of 125 crore countrymen are focused on Parliament, the rail budget and the general budget. World is also paying attention to the Budget Session due to India's position in the global economy today. There has been discussion with parties for the last many days. Talks have been held by rising above formalities," Modi said.

This is the reason behind Jat rage over reservations