Political parties have questioned the abrupt move and asked the government to bring back black money stashed in foreign countries instead of harassing poor people here in India. 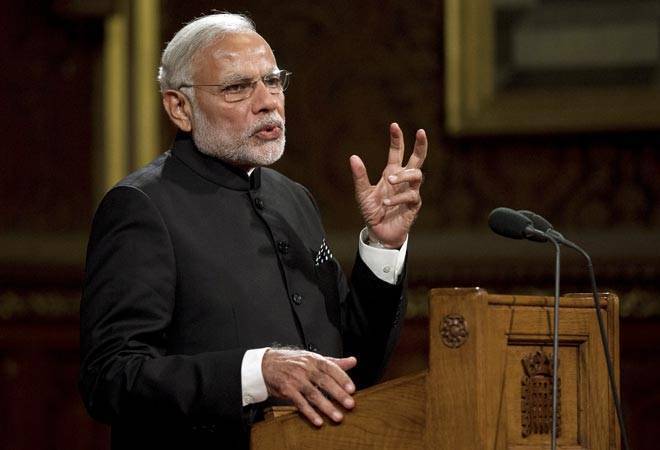 Prime Minister Narendra Modi's decision to demonetise Rs 500 and Rs 1000 notes came as a shock to many political parties who seem to be divided on the move but have been highly critical of the poor execution.

Demonetisation of high value currencies brought almost all smaller economic activities to a halt as it took off 86 per cent currency out of the economic system in one go.

Political parties have questioned the abrupt move and asked the government to bring back black money stashed in foreign countries instead of harassing poor people here in India.

The central government has so far not responded to the demands of opposition on black money stashed in foreign countries or Swiss bank.

However, senior BJP leader Dr Subramanian Swamy has given a hint of the ways through which the Prime Minster could bring back black money from foreign countries.

Dr Swamy was speaking at the Foreign Correspondents' Club in Hong Kong where he talked about 'four ways'. During the speech, Dr Swamy first explained the 'fourth way' which he also called 'legalistic' way and three more 'known ways' that will help India bring back black money.

If we go by Swamy's assurance, Prime Minister will further crackdown on black money with at least four options available to him.

Prime Minister's options in his further crackdown on black money

"The fourth way is the legalistic way. And that is the 2005 UN resolution which says that if a country passes a law saying that in secret banking countries, which is about 17 in number, all accounts by Indian citizens are nationalised, then the UN will assist to get all these accounts credited to India. It is a process, so we have to pass that law. This is something which has attracted the Prime Minister's attention. I have talked to him and I am expecting that this he will do," Dr Swamy explained.

He further said: "It may take a couple of years because there will be a lot of litigation. We will have a proviso that if any of the account holders have proof that they have opened their account legally and money there was accountable, then they would be returned."

"With Switzerland, we (India) have mutual assistance pact. But then we have to specify the details of the account and who owns it. And, have a case registered in India. But that's a painful process," Dr Swamy Said.

2- The German and the French way

Dr Swamy explained how German Chancellor secured black money hoarders name from a top Liechtenstein bank officials. "When Chancellor Merkel (of Germany) found that Lichenstein Bank had many Germans having accounts, she asked the governors of Liechtenstein to give the list. They declined saying 'no this is our business and we will be finished. So, secrecy is important.' The German government then bribed the senior most official of the Liechtenstein bank. They gave him half-a-billion dollars, a US citizenship and passport and plastic surgery to change his face. And he is now living in the US with a new face and he downloaded the whole list, even Indian names are in it," Dr Swamy said.

"After Supreme Court of India asked the government to get those names, those names have arrived. They are still in the sealed envelope. The French repeated this in the Hongkong-Shanghai Bank in Geneva. That gave us 887 names. Germans gave us only 24 names. Hongkong-Shanghai Bank's 887 names have not been prosecuted vigorously. But given the new mood of the PM, this will also be pursued," Dr Swamy assured.

Explaining the American way Dr Swamy said: "When they (the US government) found that the Americans had bank accounts with Credit Suisse and Union Bank of Switzerland, they arrested the Branch officials of the banks in Washington and the next day, they gave the entire list of names."

One could expect some action on these names as well.