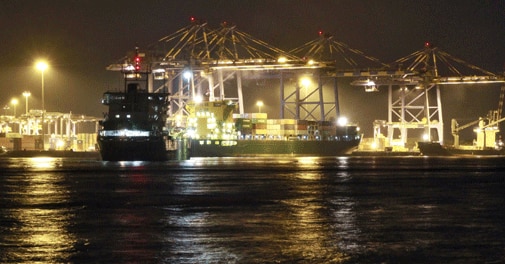 Exports growth slipped to 7.33 per cent in July after witnessing a double-digit expansion in the previous two months, pushing up the trade deficit to one- year high of $12.22 billion.

Imports increased by 4.25 per cent year-on-year to $39.95 billion in July. This is the second consecutive growth in the inbound shipments after remaining in the negative for the past several months.

According to exporters' body Fieo, gems and jewellery and electronics continue to be a cause of concern as their negative growth is pulling down overall exports growth. It wants the government to announce some major initiatives in the forthcoming Foreign Trade Policy to boost exports.

FIEO expressed hope that exports will cross $350 billion by end of the fiscal.

Imports, however, dipped by 3.8 per cent to $153.15 billion during the first four months of this financial year.

Trade deficit during the period stood at $45.31 billion as against $59.91 billion in the same period last year.