The bizarre statement by the US President came after meeting Modi on the sidelines of 74th summit of United Nations General Assembly in the United States. 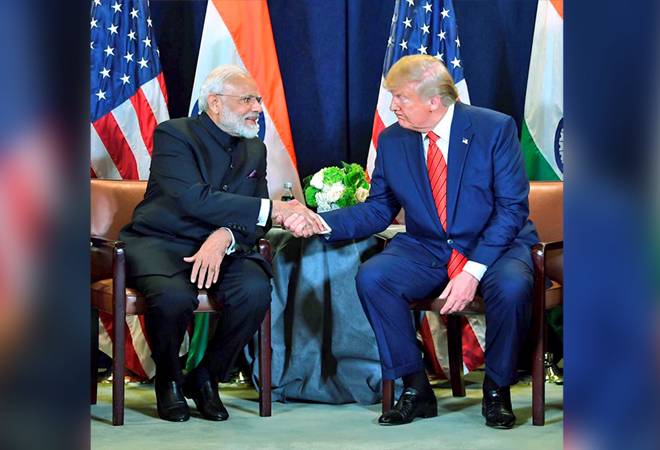 US President Donald Trump compared Prime Minister Narendra Modi with Rock 'N' Roll legend Elvis Presley on Tuesday. Trump said PM Modi was like an American-version of Elvis Presley. The bizarre statement by the US President came after meeting Modi on the sidelines of 74th summit of United Nations General Assembly in the United States. "There was a tremendous spirit in that room and they love this gentleman to my right. They went crazy. It was like Elvis Presley came back."

Trump further called PM Modi "father of nation" -- the honorific title given to Mahatma Gandhi. Trump stated, "My personal chemistry with PM Modi is as good as it can get. I have great respect, I have great admiration and I really like him. I remember India before, it was very torn. There was a lot of fighting and he brought it all together like a father would bring it all together. Maybe he's the father of India."

The US President remarks have come in the wake of his joint mega 'Howdy, Modi!' event in Houston where the two leaders did not refrain from showcasing their bonhomie. Moreover, Trump on Monday unexpectedly dropped at the UN Climate Action Summit to hear PM Modi's speech, though he stayed at the event for merely 15 minutes.