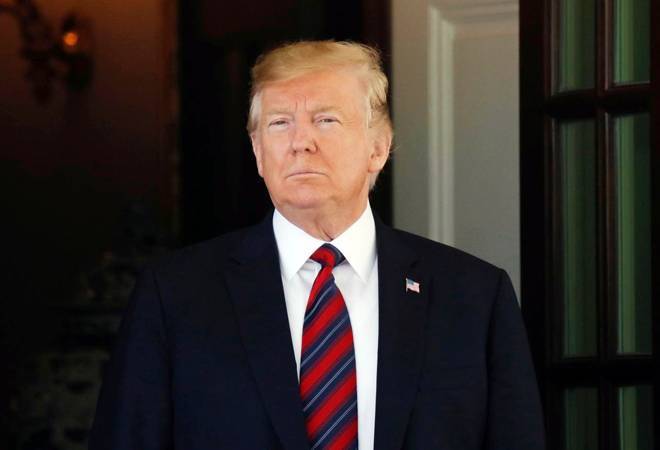 Donald Trump is expected to meet with EU leader Ursula von der Leyen in Davos, Switzerland, next week, three sources said on Friday, as tensions mount between the allies over tariff threats and the U.S. president faces an impeachment trial at home. Just days after Trump scored big victories by inking a partial trade deal with China and passing a revamp of the North American Free Trade Agreement, he will travel to the World Economic Forum where he is expected to discuss deepening trade disputes with the European Commission president.

The White House and the European Commission did not immediately respond to requests for comment. Among the raft of trade issues dividing the allies, Washington's most immediate concern is France's plan to impose a 3 per cent digital services tax, which the U.S. government believes would harm U.S. technology giants like Alphabet Inc's Google and Amazon.com Inc, with a host of other countries poised to follow suit.

In retaliation, the U.S. trade representative last month threatened to impose a 100 per cent tariff on French Champagne, handbags, cheese and other goods and services. Trade experts say those tariffs could hit as soon as late January, given the lack of progress in negotiations.

"Things are not really going anywhere," said one of the sources, a European official, despite frequent talks between French Finance Minister Bruno Le Maire, U.S. Treasury Secretary Steve Mnuchin and top U.S. trade negotiator Robert Lighthizer. "The U.S. is not really ready to compromise in terms of having some sort of digital services tax," he added. European Union Trade Commissioner Phil Hogan on Thursday, ended a round of talks with senior U.S. officials in Washington, saying that negotiations were off to a "good start" but there was more work to do.

Iran will also likely be high on the agenda, after Britain, France and Germany triggered a dispute mechanism in the 2015 nuclear pact with the country, following Tehran's decision to begin scaling back its compliance with the agreement.

The pact offered Iran sanctions relief if it curbed its nuclear work, but Trump withdrew from the deal in 2018 and reimposed U.S. sanctions, saying he wanted a tougher deal. Tensions in the region have heightened after the United States killed Iran's most powerful military commander in a drone strike. Iran's foreign minister, Mohammad Javad Zarif, canceled plans to attend the forum.

Trump and von der Leyen, Germany's defense minister, know each other well after sparring over Berlin's failure to reach NATO's 2 per cent defense spending target. In a December 2016 interview, von der Leyen defended her shocked reaction to Trump's election, saying, "I am not a political machine, but a human being ... and I heard exactly what he said during the campaign, also as a woman."

Also read: US to maintain tariffs on Chinese goods until Phase 2 deal: US Treasury Secretary