As the BJP-led NDA government completes two years in office, an industry chamber described it as "work in progress" but said that "a lot more is required" to be done on the issue of tax disputes, while concerns remain on the huge bad loans incurred by the banking system. 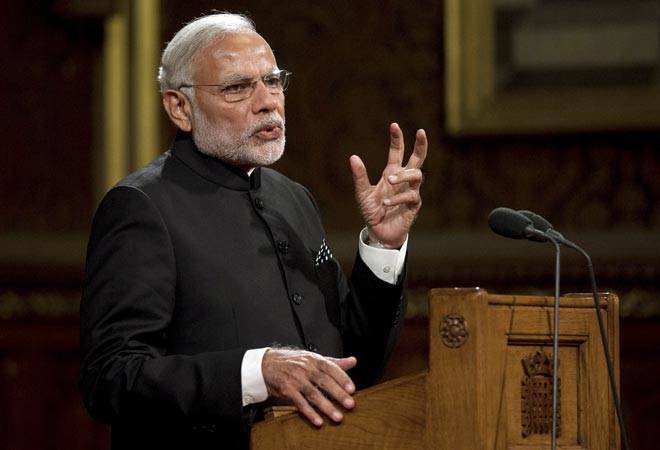 As the BJP-led NDA government completes two years in office, an industry chamber described it as "work in progress" but said that "a lot more is required" to be done on the issue of tax disputes, while concerns remain on the huge bad loans incurred by the banking system.

Here's how key economic ministries have fared in the last two years:

Through the instrument of two full union budgets and more, Jaitley has helped the economy achieve a fair degree of macroeconomic stability and a GDP growth rate of over seven percent, which surpassed China's, prompting the IMF to tag India as the fastest growing major economy.

The government's other achievements include controlling the current account and fiscal deficits, while inflation has also declined, with a little help and nudging by the RBI, from 11 percent to below five percent, making room for interest rates to be cut.

However, private investment has been quite slow to revive and job creation has remained low in a situation of stymied industrial growth.

Data earlier this month showed growth of India's manufacturing, which has the maximum weight in the overall index of industrial production, actually fell by 1.2 percent in March after rising during the month before.

Crucial to the situation is the high levels of bad loans of public sector banks that have choked up credit flow to industry - gross non-performing assets (GNPAs) could rise to 6.9 percent by March 2017, the deadline set by the RBI governor for banks to clean-up their balance sheets.

Jaitley, who is realistic about the pace of reforms in India, has managed to steer the Bankruptcy Code through parliament - a reform measure which will help address the NPAs issue.

However, the overhaul of India's indirect tax system is held up with the proposed Goods and Services Tax (GST) Bill currently stalled in the Rajya Sabha.

This has been directly hit the most by the global economic slowdown, with exports being in decline from around the time Commerce Minister Nirmala Sitharaman took office.

Official data earlier this month showed India's merchandise exports in April were valued at $20.57 billion - down 6.74 percent in dollar terms - against $22.05 billion in the like month of last year, signalling a decline for the 17th straight month.

Taken as a whole, one of the few areas of high performance. In his first year, his team conducted the first successful coal mine auctions, while other efforts yielded higher coal output.

The power ministry also brought in a new National Tariff Policy, with focus on electricity for all and affordable tariffs through efficiency.

The central government's ambitious plans on making flying more affordable and profitable remained grounded, as the sector waited in the wings for the National Civil Aviation Policy, widely debated and appreciated but is still to get the green signal.

The draft policy, nonetheless, has some far-reaching implications. Among the proposals is one to scrap the 5/20 norm, which stipulates a minimum five years of operations and a fleet of 20 aircraft for overseas flying rights, and to peg a minimum tariff of no more than Rs.2,500 per ticket for each flying-hour.

However, the real thrust behind the industry's turnaround were lower fuel prices, uptick in economic activity and a stellar rise in passenger traffic. All the major listed players reported robust earnings.

Nevertheless, the central government did manage to include the sector in the list of 15 industries in which foreign equity norms were eased.

It also allowed spectrum trading and sharing so that the telecom service providers can offer seamless network connectivity. Mobile number portability across the country was made operational. The service providers are gearing up for nationwide 4G telephony launch.

The government has also planned for another mega spectrum auction this year, from which it expects to garner a whopping Rs.560,000 crore ($83 billion).

But the ghost of call drops kept haunting the government every now and then. The sector regulator, Telecom Regulatory Authority of India, had directed operators to compensate for call drops from Jan 1, 2016. But after a long court battle, the Supreme Court scrapped the watchdog's order. However, the government assured mobile phone users that it will keep a check on service quality.