Newspapers and markets were forecasting the Reserve Bank of India would cut its key rate by a quarter of a percentage point. But the RBI held rates and moved to a "neutral" policy stance, signalling an end to India's longest monetary easing cycle since the 2008-09 global financial crisis. 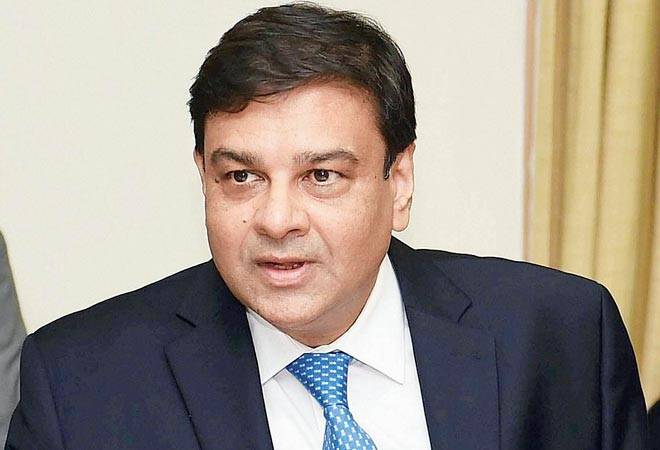 Newspapers and markets were forecasting the Reserve Bank of India would cut its key rate by a quarter of a percentage point. But the RBI held rates and moved to a "neutral" policy stance, signalling an end to India's longest monetary easing cycle since the 2008-09 global financial crisis.

The move surprised Jose and crimped his expansion plans.

"We were planning to buy two commercial vehicles to transport food and were expecting a rate cut. Now, we're forced to defer that plan."

He was not the only one wrong-footed.

Under governor Urjit Patel, the RBI has significantly reduced communication with markets after he took over in September, an analysis of his public comments shows.

Some critics say that a lack of clarity is pushing bond yields higher, and that in turn could send interest rates higher and restrain economic growth.

A government source familiar with the RBI's thinking said that with modifications to the laws governing the bank and the introduction of a monetary policy committee, the governor was no longer sole arbiter of policy as prior RBI governors had been.

His views would not be reflective of the entire MPC, added the source, who declined to be named.

Central bankers around the world keep moves in benchmark interest rates a closely held secret before they are announced, but governors and other senior policy makers tend to guide markets, helping to avoid surprises that may cause volatility.

That was well below the level of his two predecessors in comparable periods of their tenures.

Moreover, Patel has presided over three rate decisions so far, and a majority of economists polled by Reuters before the decisions got it wrong each time.

Under both his predecessors, most economists accurately called the rate direction in the large majority of cases.

"The government's trying to boost growth that's been hit by demonetisation, but central bank communication is working in the opposite direction," said a senior Mumbai-based treasury banker, who asked not be named.

Some market watchers say it is early in Patel's tenure and that he should be given more time.

"He is dealing with ... the most radical executive decision in modern India's monetary history. In all fairness many are being too harsh on him," said Nishant Berlia, management board member at Apeejay Stya investment group.

In December, benchmark 10-year bond yields rose at their fastest pace since the 2013 rupee crisis. And last week's surprise move to a "neutral" stance sent yields up by 30 basis points. Some traders said insufficient information about the RBI's thinking was one of the main reasons for the rise.

The sharp increase in yields has meant a lost opportunity for state-backed transmission company Power Grid Corp, which had decided to wait for a rate cut before issuing bonds to finance capital expenditure, said Ajay Manglunia, head of fixed income markets at Edelweiss, one of the underwriters.

An official with direct knowledge of the matter said Power Grid had deferred the issuance and was looking for alternative funding sources. Power Grid did not respond to a request for comment.

"The volatility in the market has gone to such a level that credible investment is taking time to re-surface and issuers may be better off deferring the transactions," said Jayen Shah, head of debt capital markets at IDFC Bank.

The government source said the market had "misread" the role of the MPC within the confines of amendments to legislation, and noted that the tweaks made "inflation a much bigger focus for the committee with growth being secondary."

Patel, a deputy governor since 2013, had been known within the RBI as reserved, insiders have said. He is widely regarded as having the professional and academic credentials to succeed, but the governor's role also involves communicating, some bankers say.

In public so far, he has done that significantly less than his two predecessors.

Duvvuri Subbarao, who started a five-year tenure in 2008 at the start of the global financial crisis, spoke 16 times in his first five months as governor, including speeches, interviews and policy meetings.

Raghuram Rajan, who took over in 2013 amid the rupee crisis, spoke 20 times in a similar period.

"It's important that the RBI clarifies interpretation of economic events and the likely direction of economic policies at times of uncertainty so that the market worries about the right things and doesn't get into a tizzy about the wrong ones," Rajan said in 2013.

Unlike under Patel's two predecessors, the RBI now steers its decisions through the six-member MPC, but other than Patel, board members have not yet spoken publicly.

"The MPC communication strategy needs time to evolve," said the government source, adding that over time, MPC members were likely to give more speeches and interviews as the situation normalized post-demonetisation.

The relative silence is stark when compared with some other central banks and their monetary policy committees.

U.S. Federal Reserve Chair Janet Yellen, for example, spoke publicly some 15 times in her first five months in various forums, aside from public remarks made by fellow monetary policy makers in the United States. The U.S. economy is, though, several times larger than India's.

Both Subbarao and Rajan used their interactions to soothe investors and achieve their goals.

Rajan, for example, told markets in November, 2013 that there was no "fundamental reason" for undue volatility in the rupee.

That helped soothe markets at the time; the 10-year benchmark bond yield eased by nearly 50 basis points in the following two months and the rupee recovered 4 percent during the same period.

Patel's relative reticence was perhaps most pronounced amid the extended cash crunch caused by demonetisation. Between Nov. 8 and the end of the year, Patel gave two interviews and appeared at two press conferences, leading to some criticism from the local media.

Saibal Sengupta, Chief Financial Officer of electronic goods maker Usha International, said he saw sales slide as liquidity evaporated in this period. Although he does not blame Patel personally, he says the RBI should have been more communicative.

"RBI communication definitely plays a critical role and in terms of demonetisation it obviously has a major impact," he said. "Communication should have been much better."

The government source said New Delhi was in the driver's seat during demonetisation and the RBI was the operating arm, so communication during that period was largely left to the government with the RBI focused on the mechanics.

Rajiv Bajaj warns against 'Made in India' becoming 'Mad in India'

Despite fall, GDP will bounce back sharply: RBI Governor