Last week, the DCGI had cancelled the rapid diagnostic kit import licences of three firms and suspended that of 16 others saying the US drug regulator USFDA has removed the manufacturers from their list of coronavirus serology test kits, with directions that they should not be distributed 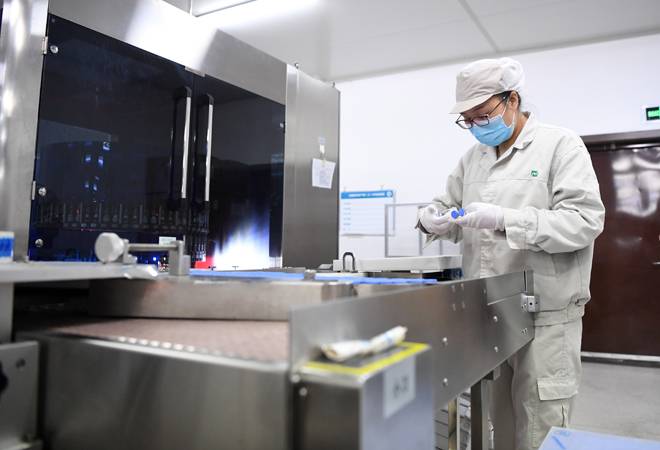 After the Drug Controller General of India (DCGI) suspended the import licence of India's largest laboratory diagnositcs company Transasia Bio-Medicals for its ICMR-approved COVID-19 rapid testing kits, the company's chairman and managing director called the action to be unfair and hasty, which will cause them to lose orders from state governments and the Indian Army.

"It is surprising that the DCGI has taken a hasty decision to suspend our import licence for a product which was duly tested and approved by India's premier medical research organisation, the Indian Council of Medical Research(ICMR). We were L1 in a few tenders of four-five state governments and also the one from the Indian Army," Suresh Vazirani, chairman and managing director, Transasia Bio-Medicals told Business Today.

Last week, the DCGI had cancelled the rapid diagnostic kit import licences of three firms and suspended that of 16 others saying the US drug regulator USFDA has removed the manufacturers from their list of coronavirus serology test kits, with directions that they should not be distributed. The three firms were Cadila Healthcare, MDAAC International and N W Overseas while the 16 companies included Transasia Bio-Medicals, Cosmic Scientific, Inbios India, S D Biosensor, Accurex Biomedicals, Biohouse Solutions and Trivitron Healthcare, among others. The companies were issued show cause notices on July 17 asking why their import licences shall not be cancelled since the diagnostic kits of the manufacturers have been removed by the USFDA with direction that it should not be distributed from the list of product of serology test kits for COVID-19 disease, according to an official order by the Drug Controller General of India (DCGI).

Sources said many companies had applied for import licence from the DCGI between April and May for such kits, targeting to import from China and sell to the Central, state governments and approved private labs. Of them, only a few got clearance from the ICMR. Meanwhile, many domestic companies created capabilities to manufacture ELISA-based and rapid antigen tests, besides RT-PCR kits. ICMR itself developed ELISA-based technology, which was transferred to about half a dozen companies, of which a few of them have already started manufacturing, they said.

"We got the show-cause letter only a day prior to the deadline and responded to the same day, but the very next working day, we got a communication informing suspension of the licence," he said.

Mumbai-based Transasia Biomedicals' R&D centres located in Germany and the US had developed COVID-19 antibody ELISA kits by its German subsidiary Erba Mannheim in the early phase of COVID-19, while the virus was spreading in Europe. Erba Mannheim claimed that each kit, developed in one and half months, could test 100 samples in an hour, with an accuracy rate of 98 per cent.

Vazirani said when the virus started spreading in the US, the USFDA had asked manufacturers to 'notify' themselves in the regulator's website and start supplying, with a note on the kit saying that it is not officially approved by the regulator. Transasia's US subsidiary Calbiotech started supplying in the US and simultaneously applied to the USFDA for getting official approval, which is pending. About 400 such suppliers were there in that market, and three-month 'notification' period had expired by the end of May. Meanwhile, Erba Mannheim got clearance from the European Union (EU) and Transasia started supplying the kits to Italy, Spain, Brazil and many other countries. The product was also cleared by the ICMR and the DCGI had given an import licence.

Following this, Transasia started setting up a factory at Andhra Pradesh MedTech Zone in Visakhapatnam to manufacture various COVID-19 diagnostic kits. The unit is claimed to be the largest in Asia for its capacity. Production is slated to start by next month and is waiting for a few more approvals, he said.