US to sell anti-ship missiles, torpedoes worth $155 million to India 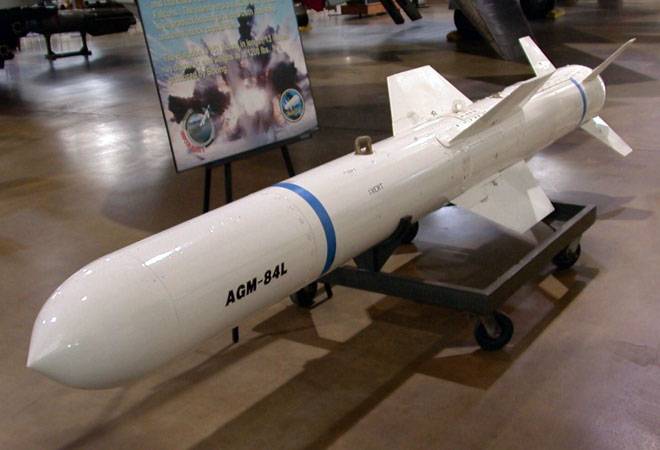 The Harpoon AGM-84L by Boeing Company

The US is planning to sell air-launched anti-ship missiles and lightweight torpedoes worth $155 million to India. It notified the Congress of its move saying that it will enhance India's deterrence capabilities against 'regional threats' and boost homeland security.

According to a PTI report, the Defense Security Cooperation Agency said on Monday said that the US plans to sell 10 AGM-84L Harpoon Block II air-launched missiles worth $92 million. It will also sell 16 Mark 54 lightweight torpedoes and three Mark 54 exercise torpedoes for around $63 million.

The Pentagon said that the US State Department cleared the sale after India requested for help to tackle China's growing military influence on Indian Ocean.

"India will use the enhanced capability as a deterrent to regional threats and strengthen its homeland defence. India will have no difficulty in absorbing this equipment into its armed forces," the Pentagon said.

The P-8I anti-submarine warfare aircraft will get the harpoon missile systems to conduct anti-surface warfare and enable better inter-operability between the US and its partners.

The Pentagon said that the missiles will help India against any present or future enemy attack and will provide the country with anti-submarine warfare capabilities. It also promised that the sale will not alter the military balance in the South-East Asian region.

The Harpoons will be manufactured by Boeing and Raytheon will produce the Torpedoes.

China has been engaging with its neighbouring countries for several years now. Vietnam, Malaysia, the Philippines, Brunei and Taiwan claim sovereignty in parts of the South China Sea, but China feels differently. Similarly, the country has been in a tussle with Japan over territory disputes. The South and East China sea are very rich in minerals and strategically and economically very important

In 2016, the USA was declared as a 'Major Defence Partner', which allowed India to buy better military equipments from the western giant.