Crucial vaccines out of reach for many in rural India

The ambitious Mission Indradhanush to immunise children against various diseases faces a major challenge as the Hib vaccine remains out of the reach in vast areas of India. 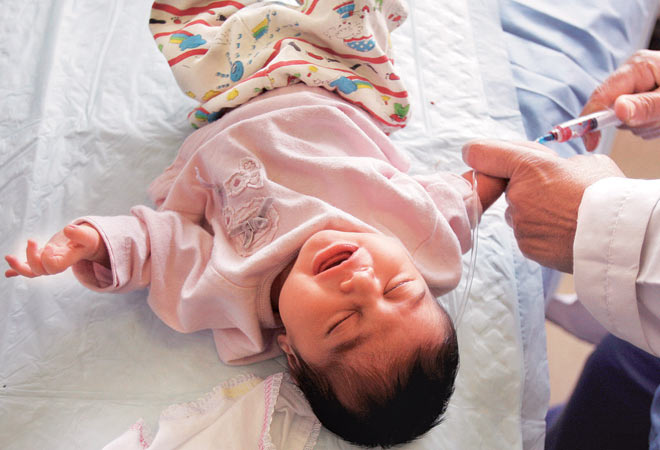 The Union health ministry's ambitious Mission Indradhanush to immunise children against various diseases faces a major challenge as the Hib vaccine to safeguard the little ones from deadly infections like meningitis, pneumonia and severe throat conditions remains out of the reach in vast areas of the country.

The Haemophilus Influenzae Tybe b (Hib) was added in the bouquet of vaccines to be administered under Mission Indradhanush. But experts argue that even outside the programme, very few children in the country have been covered by this vaccine whose penetration in rural areas is as low as four per cent.

The vaccine has been available in the country since 1997.

Subsequently, the Hib-containing pentavalent vaccine was introduced in Haryana in December 2012, followed by five more states - Jammu and Kashmir, Goa, Gujarat, Karnataka and Puducherry - in 2013.

"Kerala and Tamil Nadu, the states with the best performing public sectors, are not truly representative of many other Indian states that have suboptimal public sector vaccination machinery," said Dr. Zodpey.

"Unfortunately, the existing public and private DPT coverage levels are low, at less than 60 per cent in states such as Bihar, Madhya Pradesh, Assam, Rajasthan and Uttar Pradesh (BIMARU) where more than 50 per cent of children live.

This suggests that coverage levels of the new Hib (and DPT)-containing pentavalent vaccine may be similar to the present weak coverage of DPT alone in these states," said Abhishek Sharma from the Boston University.

India has the highest Hib disease burden in the world, with around 2.4 million cases and 72,000 Hib-related deaths annually, accounting for over four per cent of total child deaths in India.