With Mallya tagged a fugitive economic offender, the Enforcement Directorate can now confiscate his properties, both in India or the United Kingdom. 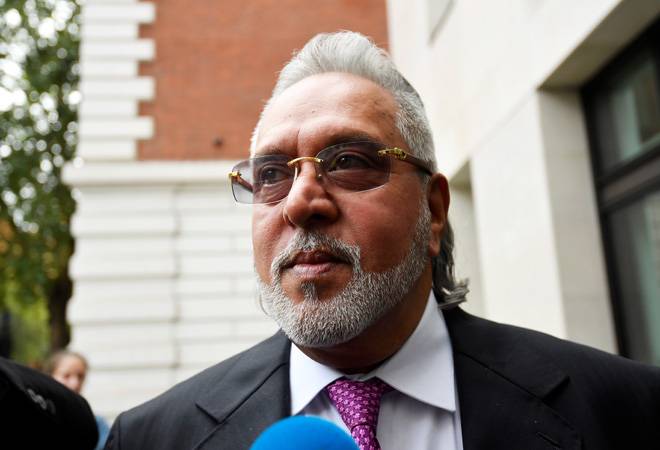 A special court in Mumbai declared the embattled liquor baron Vijay Mallya as fugitive economic offender on Saturday. With this, he has become the first businessman to be tagged so under the Fugitive Economic Offenders Act, 2018.

The decision comes against an application by the Enforcement Directorate before the special Prevention of Money Laundering Act (PMLA) court to classify Mallya as a fugitive economic offender. With Mallya tagged a fugitive, the probe agency can now confiscate his properties, either in India or the United Kingdom.

The fugitive economic offenders' law came into force in August last year in light of the several business tycoons committing financial crimes worth thousands of crores of rupees and fleeing the country to avoid prosecution. A person can be named an offender under this law if there is an arrest warrant against him or her for involvement in economic offences involving at least Rs. 100 crore or more and has fled from India to escape legal action.

Agencies have been trying to bring other financial offenders like Nirav Modi and Mehul Choksi under the ambit  of fugitive economic offenders' law.

Mallya had managed to escape to the United Kingdom in March 2016, allegedly by taking advantage of the dilution in a CBI lookout notice against him. The PMLA court decision comes 25 days after a UK court decided that Mallya can be extradited back to India for his involvement in alleged loan fraud here. He is now wanted here for charges of fraud and money laundering amounting to an estimated Rs 9,000 crore.

The matter of Mallya's extradition now rests with the Secretary of State Sajid Javid who will decide to agree or disagree with the verdict.

Recently, the consortium of banks led by SBI, which credited loans to Mallya, filed a memo to consider Vijay Mallya's offer before the Karnataka High Court to settle the dues of defunct Kingfisher Airlines. The banks have urged the high court that in case it was to consider the settlement offer made by Mallya, the dues to the banks should be considered a priority. This is a marked difference from the earlier stand, where the banks had rejected the settlement offer made by Vijay Mallya.