The defence today made an attempt to highlight that conditions in Barrack 12 of Mumbai Central Prison on Arthur Road, where the 61-year-old flamboyant businessman is to be held, were "far from satisfactory". 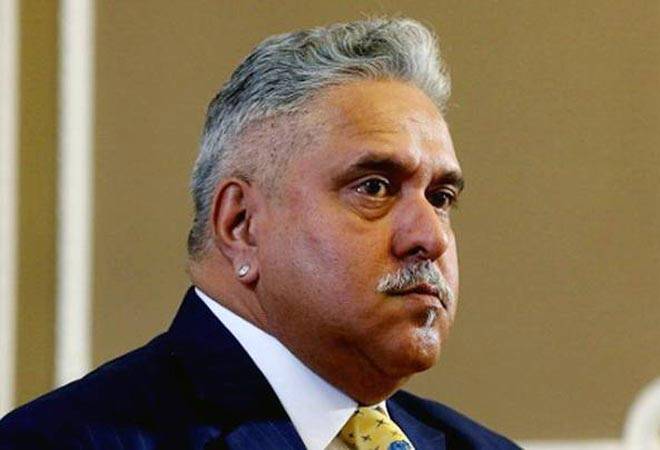 Vijay Mallya's defence today fielded a UK-based prison service expert to claim that jails in India are over-crowded with poor hygiene as they sought to counter Indian government assurances on how he would be treated on being extradited to face fraud and money laundering charges.

The trial seeks to prove that there are no "bars to extradition" and that Mallya is assured a fair trial in India over his now-defunct Kingfisher Airlines's alleged default of over Rs 9,000-crore in loans from Indian banks.

The defence today made an attempt to highlight that conditions in Barrack 12 of Mumbai Central Prison on Arthur Road, where the 61-year-old flamboyant businessman is to be held, were "far from satisfactory".

Dr Mitchell, former head of healthcare at the Scottish Prison Service and an elected member of the European Council's European Committee for the Prevention of Torture, said the assurances given by the Indian government were "general in nature" to state that jail conditions would be "adequate" for Mallya.

"But adequate in the eyes of whom," Mitchell questioned.

His evidence relied heavily upon his past inspection visit to Alipore Jail in Kolkata and also on an account of the prison conditions in Puzhal Jail in Chennai, from six former British soldiers referred to as the Chennai Six have recently been released.

Mitchell's account of his telephone conversation with one of the six men, identified only as 'Prisoner A' in court, seemed to have caught the Crown Prosecution Service (CPS), arguing on behalf of the Indian government, off guard.

The CPS has questioned the "unusual" nature of the second-hand narration of an anonymous prisoner's account of an Indian jail on the "other side of India".

CPS barrister Mark Summers also pointed out that 'Prisoner A' may be using this as a platform to bring a compensation claim against the UK and Indian authorities.

As part of his second-hand account, Mitchell related gruesome details of open defecation, rats, cockroaches and snakes that the Chennai Six allegedly contended within their prison cell in Chennai.

"In one instance, he recalls the deputy superintendent of the jail beating a prisoner with a lathi, for what appeared to be no apparent reason," Mitchell said.

In his cross-examination, Summers made a reference to how the same prison expert's testimony had proved critical in the extradition case of alleged bookie Sanjeev Chawla because he was to be lodged in Delhi's Tihar Jail, which "suffered overcrowding, poor conditions, violence and ill treatment".

Chawla has since been discharged on human rights grounds over severe jail conditions by Westminster Magistrates' Court in October.

The CPS sought to highlight that Arthur Road Jail in Mumbai cannot be compared with that situation as Barrack 12 is a self-contained facility, which houses just six people.

"India is a huge country, both in terms of population and size... some states are more wealthy than others... and conditions in the prisons in any given state can vary greatly from state to state and within a state...," said Summers.

Dr Mitchell referenced the medical report he had seen on Mallya, which claims he suffers from "diabetes, coronary artery disease and sleep apnea" and those conditions would require regular "monitoring" and a healthy "diet".

The government of India's assurances highlight that Arthur Road Jail is staffed with four doctors, with one on duty 24 hours a day, and in addition four nursing assistants.

Mitchell said he was unable to assess the effectiveness of that medical provision in jail as there is no reference to how "many doctors are on duty at one time during the day". He claimed that a jail of the size of Mumbai Central Jail, which houses around 3,000 prisoners in all, in the UK would be required to have 12 full time medical staff and 60 nurses.

Today's hearing will continue to hear Mitchell's witness statement with Mallya's defence team trying to establish that India lacks any mechanism to ensure judicial orders on prison conditions are complied with.

They are relying on a Bombay High Court action brought by the NGO, Jan Adalat, which has thrown up over-crowding and lack of sanitation at a number of jails in Maharastra, including Mumbai Central Prison.

"In many cases, the superintendent does not have the resources to comply with the court order," explained Mitchell.

The Judge, Emma Arbuthnot, intervened to clarify that in effect the jail officials' "hands are tied".

Earlier this week, the role of the Central Bureau of Investigation (CBI) and the appointment of its special director, Rakesh Asthana, had come under the court's scanner.

The defence also raised questions over neutrality of Indian Supreme Court judges close to retirement and the Indian media.

The trial, which opened on December 4, is aimed at laying out a prima facie case of fraud against the embattled businessman, who has been based in the UK since March 2016.

Judge Arbuthnot will determine the course of the closing arguments and a date for her ruling by December 20, which is now marked as the last day of the trial when arguments around "admissibility" of some of the evidence presented by the Indian authorities will be taken up.

Mallya was arrested by Scotland Yard on an extradition warrant in April this year and has been out on bail on a bond worth 650,000 pounds.

Chief Magistrate Arbuthnot will present her ruling within a timeframe she sets out at the end of the trial. If she rules in favour of the Indian government, the UK home secretary will have to sign Mallya s extradition order within two months.

Both sides are expected to have the chance to appeal in higher courts in the UK against the Chief Magistrate's verdict.