As many as 44 shareholders of Flipkart, including significant ones like SoftBank, Naspers, venture fund Accel Partners and eBay, had sold their holdings to Walmart. 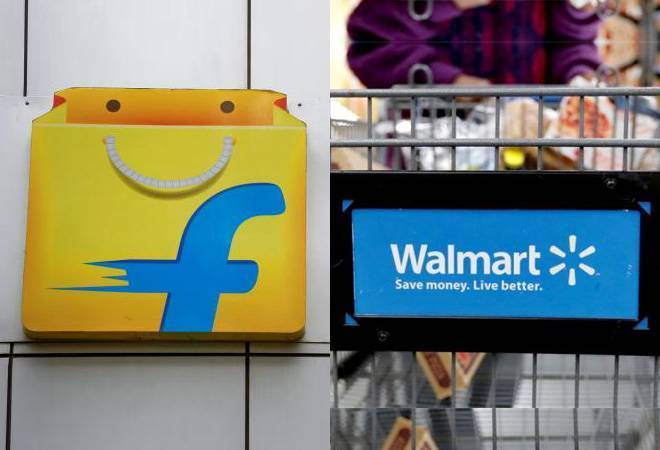 US retail giant Walmart paid Rs 7,439 crore tax on payments it made to buy out shares of 10 major shareholders of Flipkart but has not yet done so for another 34 who exited the Indian e-commerce company in the $ 16 billion deal, tax officials said.

As many as 44 shareholders of Flipkart, including significant ones like SoftBank, Naspers, venture fund Accel Partners and eBay, had sold their holdings to Walmart.

Walmart on September 7, the last date for depositing taxes with the Indian authorities, paid Rs 7,439 crore withholding tax on payments made to 10 shareholders of Flipkart.

"Of the 44 shareholders in Flipkart who have sold shares, Walmart has deposited taxes for only 10 funds and entities. We have asked Walmart to explain the rationale followed while deducting or not deducting taxes from the shareholders. They have been asked to give a case to case explanation," a tax department official said.

In case of the Walmart-Flipkart deal, the withholding tax pertains to the capital gains made by the shareholders of Flipkart.

Responding to an e-mail query by PTI, a Walmart spokesperson said: "We take our legal obligations seriously, including paying taxes to governments where we operate."

"Following our Flipkart investment, we have completed our tax withholding obligations under the guidance of the Indian Tax authorities. We will continue to work with authorities to respond to their queries," the spokesperson said without elaborating.

Industry sources said Walmart may have followed the withholding tax provision for small investors in not deducting tax on payments made to them.

Walmart is legally not required to withhold tax on payments made to foreign shareholders with a stake of less than 5 per cent and no right to management, they said.

However, Explanation 7 to Section 9(1)(i) carves out the applicability of Explanation 5 to small investors holding no right of management or control of such company and holding less than 5 per cent of the voting power/ share capital/ interest of the company that directly or indirectly owns the assets situated in India.

"It is imperative to note that Walmart's liability to withhold tax arises only if the underlying capital gain is liable to tax in the hands of the shareholder under the provisions of the Act read with the relevant tax treaty. Accordingly, there is a possibility that some of the shareholders fall within the ambit of Explanation 7, thereby absolving Walmart of any liability to withhold tax at source," Nangia said.

Certain shareholders of Flipkart had last month approached the tax department seeking exemption from levy of the taxes. Their application is still being studied by the I-T department.

"We are still studying the exemption application filed by some shareholders of Flipkart. We have not yet decided on granting or not granting exemption or lower tax rate for them," the official said.

The Income Tax law provides for a buyer to seek withholding tax certificate from authorities after providing details of the transaction and make a case for availing lower or nil tax rates. The tax rate could be lower in case the non-resident seller invokes the provision of the double tax avoidance agreement.

US retail giant Walmart Inc had on September 7 said it has complied with the tax obligations of its $ 16 billion acquisition of India's largest online retailer Flipkart but did not say the quantum of taxes it paid.

Walmart Inc had completed the acquisition of 77 per cent stake in Flipkart for about $ 16 billion in mid-August. As per the provisions of the I-T law, Walmart had to deduct withholding tax on payments made to sellers and deposit it with the Indian authorities on the seventh day of the subsequent month, which in this case is September 7.

As per domestic tax law, long-term capital gains tax is levied at 20 per cent for shares sold by foreign investors after 24 months of purchase.

However, the I-T law also provides for a taxpayer to pay taxes at a lower or nil rate if he is eligible to claim the benefits under the double taxation avoidance agreement between India and the country from where the investment was routed.

The I-T department has been reviewing Section 9 (1) of the I-T Act, which deals with indirect transfer provisions, to see if the benefits under the bilateral tax treaties with countries like Singapore and Mauritius could be available for foreign investors selling stakes to Walmart. Singapore-registered Flipkart Pvt Ltd holds a majority stake in Flipkart India.