In the event of the victim's death, the perpetrators can be punished with death sentence or rigorous life imprisonment, and a fine up to Rs 5 lakh. 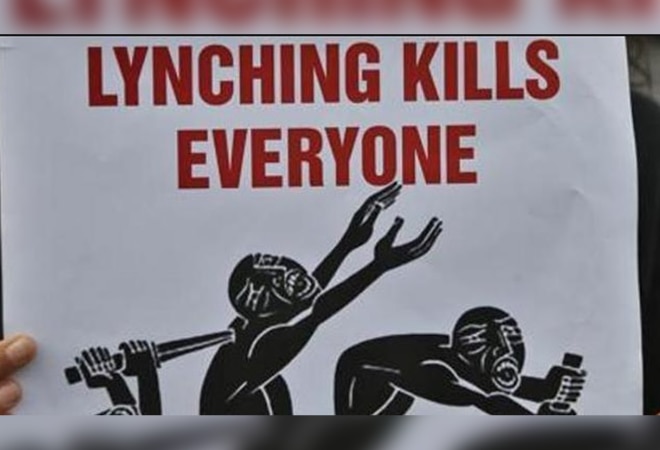 Calling such incidents a "social evil", Chief Minister Mamata Banerjee said her government had to pass a legislation against such crimes as the Centre was unwilling to take the initiative.

The West Bengal assembly passed on Friday a bill against mob assault and incidents of lynching, with the legislation providing for life imprisonment to those injuring a person and capital punishment for causing death.

Calling such incidents a "social evil", Chief Minister Mamata Banerjee said her government had to pass a legislation against such crimes as the Centre was unwilling to take the initiative.

The bill, passed by a voice vote, in the aftermath of a string of incidents of people getting beaten to death over rumours of cattle smuggling and child theft, carries punishment of a jail term for three years to life imprisonment in cases of assault leading to injury, besides a fine ranging from Rs one lakh to Rs three lakh.

In the event of the victim's death, the perpetrators can be punished with death sentence or rigorous life imprisonment, and a fine up to Rs 5 lakh.

"Lynching is a social evil and all of us have to come together to fight against this evil. The Supreme Court has given direction to take action against lynching," Banerjee said while speaking on the bill.

"The central government should have brought a law against it. But as it is yet to do so, we are bringing this law in our state to fight against this social evil. We need to raise awareness against incidents of lynching," she added.

The West Bengal (Prevention of Lynching) Bill, 2019, tabled in the House on Friday, was supported by the opposition Congress and CPI(M).

The BJP neither supported nor opposed the bill in the House, as it felt it could be used for settling political scores. However, outside the House, BJP legislature party leader Manoj Tigga said the party was opposed to the bill. The bill aims to protect the constitutional rights of vulnerable people, Banerjee said, terming the incidents of lynching and mob assault as "acts of shame".

"People are being lynched just on the basis of fake messages and rumours spread on WhatsApp groups," she said.

When the bill was first circulated among lawmakers on Wednesday, it provided for life imprisonment as the maximum punishment for such crimes. However, the legislation that was circulated and passed on Friday had death sentence as the ultimate penalty.

The bill says if anyone is found guilty of publishing, communicating and disseminating any offensive material, either physically or electronically, leading to such incidents, shall be liable to imprisonment up to one year and fine up to Rs 50,000.

It says the state police chief will appoint a coordinator, who will act as the nodal officer to monitor investigation and take measures to prevent incidents of lynching and mob assault. The bill also has provisions for punishment to those who obstruct the legal process by threatening the victims or witnesses. Those held guilty of such activity can be sentenced to jail for three to five years.

Tigga, while reacting to the passage of the bill, said his party was opposed to it as it could be "misused" to settle political scores.

"It will be used to settle political scores against BJP and other parties. The TMC government will use this bill to silence the opposition. So we are opposed to this bill," Tigga said.

Leader of the Opposition Abdul Mannan of the Congress, who supported the bill, hoped it will not be misused.