The doctor, who is involved in the treatment of CM Mamata Banerjee in the SSKM hospital, said the x-ray of her left leg has shown a degenerative disease and is treating that 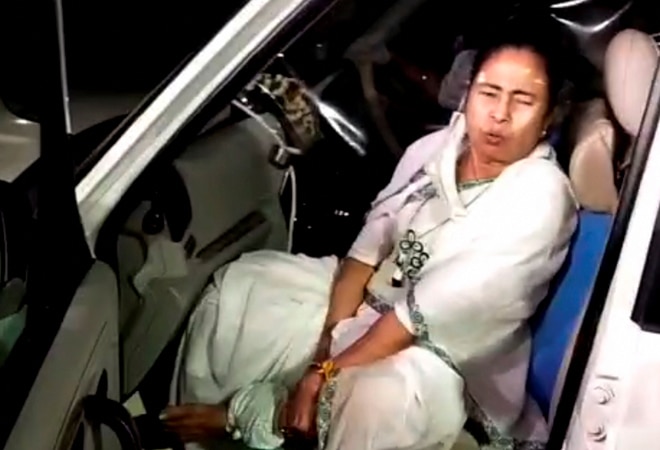 West Bengal Chief Minister Mamata Banerjee, who injured her left leg during the election campaign in Nandigram, said she would hit the campaign trail in a wheelchair if needed.

In a video message, the CM stated, " I will be back in the next two or three days. There will be a problem with my leg, and so I may have to use a wheelchair, but I will manage. I was hurt badly. There is a leg injury, there is a ligament injury. I felt head and chest pain. I was standing on the footboard, greeting people. There was a push. The door slammed on my leg. It hit me".

The doctor, who is involved in the treatment of CM Banerjee in the SSKM hospital, said the x-ray of her left leg has shown a degenerative disease and is treating that. "The X-Ray done on her left leg showed a degenerative joint disease. We are treating that," a senior doctor at the state-run SSKM Hospital said. Degenerative joint disease is a type of arthritis that occurs when flexible tissue at the end of bones wears down. Banerjee has severe bone injuries in her left ankle and foot, besides injuries in her right shoulder, forearm and neck, the doctor added.

X-Ray was also done on her shoulders, injured ankle, and legs. Doctors also did a CT scan on her neck while a USG was performed on her abdomen. She also has low sodium concentration in the blood and was given medication to cure it, the doctor added.

However, the doctor also said the health condition of CM Banerjee has "improved slightly and she is stable".

"The swelling on her left ankle has subsided. Overall her condition has improved slightly," he said adding that the CM was given light food. Reports of the tests conducted on the 66-year-old Trinamool Congress (TMC) supremo were satisfactory and she is responding to treatment.

About the discharge of CM Banerjee from the hospital, the doctor said he would assess her health condition on Friday morning and make a decision.

Meanwhile, the Election Commission has asked the state administration to be more cautious while planning for security arrangements for high-profile VVIPs when they campaign for the coming assembly election.

On the other hand, the Trinamool leaders slammed the Election Commission for failing to provide security to Banerjee and said the poll panel cannot shun responsibility as it is in charge of the law and order situation in the poll-bound state.

Rajya Sabha member Derek O'Brien pointed out that the incident happened within 24 hours of the EC removing Virendra from the DGP's post. Another TMC MP Saugata Roy said the party wanted the EC "to institute an impartial inquiry".

However, the EC said it did not remove DGP Virendra. "It was the outcome of the recommendation given by Special Observers Ajay Nayak and Vivek Dube," it underlined.

The Election Commission on Tuesday ordered the removal of Virendra as the Director-General of Police of poll-bound West Bengal with immediate effect and appointed P Nirajnayan in his place.

"...the life and security of person of CM and Home Minister, West Bengal needs to be duly protected by all tasked with the maintenance of law and order machinery of West Bengal," EC said.

The eight-phased election to the 294 seats in West Bengal will be held between March 27 and April 29. The counting of votes will take place on May 2.