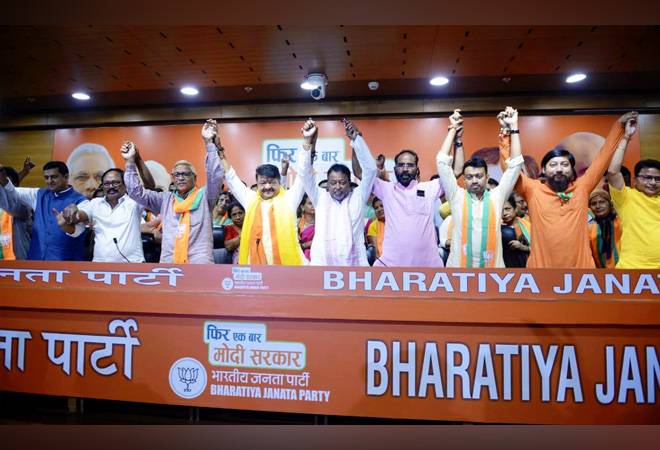 Three MLAs from West Bengal joined the Bharatiya Janata Party (BJP) in the presence of party leaders Kailash Vijaywargiya and Mukul Roy on Tuesday. A total of 50 councillors from the state also joined the saffron party at BJP headquarters in New Delhi.

Among the latest entrants to BJP is Mukul Roy's son Subhrangshu Roy, who was suspended by the Trinamool Congress for alleged anti-party activities after the 2019 Lok Sabha election results were declared. TMC's Tusharkanti Bhattacharya and CPI(M)'s Debendra Nath Roy were the other two leaders who joined BJP.

BJP's Mukul Roy is considered to be instrumental in engineering the defection of TMC leaders to the party. Analysts believe he is one of the key architects of the party's best ever performance in West Bengal during the 2019 Lok Sabha election where BJP contested a bitter and violent poll against the ruling TMC.

While TMC won 22 out of 34 Lok Sabha seats in West Bengal during the 2019 General Elections. The BJP, on the other hand, increased its seat tally manifold by claiming 18 Lok Sabha seats as opposed to two seats in 2014.